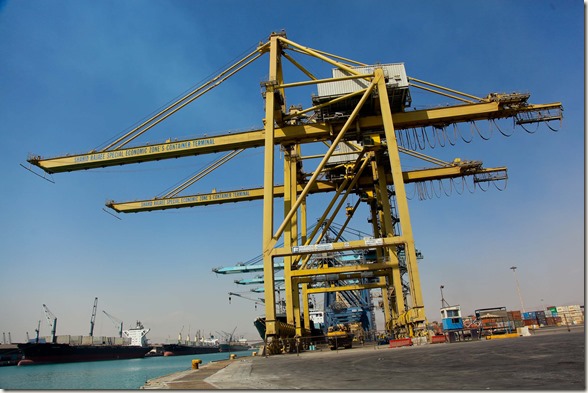 The Washington Post reports that a major cyberattack on Iran’s Shahid Rajaee port terminal appears to have originated in Israel, in retaliation for cyberattack traced to Iran on Israel’s water distribution networks last month.

That April 24 attack was not successful but Israel’s presumed response was to send an unmistakable message to Iran – don’t even try to get into a cyberwar with Israel unless you want to have your entire economy crippled.

The Shahid Rajaee port terminal is Iran’s most important commercial port, handling nearly 150 million tons of cargo last year. Some 50,000 ships dock there every year.  It is important not only for Iran’s own imports and exports but also as a means to transport goods through Iran to points further east. It is also situated at a “Special Economic Zone” where it is easier for Iran to trade with other countries with less paperwork and foreign currency restrictions.  The port is strategically located at the entrance to the Persian Gulf.

The hack caused miles-long traffic jams on highways leading to the port, and there were still dozens of container ships waiting off the coast to dock days after the event.

Israel’s presumed message was unmistakable: If Iran wants to launch a cyberattack on Israel, Israel has the ability to cripple Iran’s economy without firing a single bullet. Iran has eight ports available to the world, and Israel could as easily shut all of them as one of them.

At a time when Iran’s economy is already reeling from US sanctions and the coronavirus, it can ill afford to start a cyberwar with Israel.

In some ways, this message to Iran was starker than the hundreds of airstrikes Israel has hit Iranian targets with in Syria and elsewhere. While those strikes show Israel’s unparalleled intelligence capabilities, this cyberattack hits much closer to home for Iran. Iranians might not care much about airstrikes a thousand miles from home but when critical goods cannot be imported it affects everyone.

The Washington Post characterized this as a tit-for-tat attack, but that is not what it was. It was a message that Iran would be foolish to even think about retaliating.