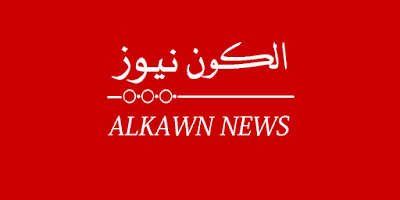 Alkawnnews.com is the 13th most popular site of any type in Jordan.

An article published there by writer Abdul Hamid Al-Hamshari spins a fanciful conspiracy theory around the Bahrain conference that involved Jews, Freemasons and the Protocols of the Elders of Zion.


The purpose of this workshop is to market the Jewish state and to impose it as an essential component of the new Middle East, which is being promoted and marketed by the United States, which takes the approach of Ferdinand and Isabella as a way to destroy the Arab-Islamic presence in the Middle East.

Of course, the Jewish state will be the actual leader of the Arab communities in the Eastern Mediterranean and North Africa. In other words, the implementation of what Jehovah’s Witnesses promoted in 1887 would be the Jewish state in Palestine, the basic building block of a global civil government that rules the world by the Old Testament.

This workshop enabled the Jews in the hands of the Arab and Muslim Masons to take over the entire Middle East and conduct its affairs according to the Basel Conference in Switzerland in 1897, where the evil will spread to all the Arabs in the hands of the Freemasons who follow the implementation of the Protocols of the Elders of Zion.  The settlement of the occupied Palestinian territories and the Golan Heights, the end of UNRWA and the annexation of the occupied Syrian Golan to the occupation entity is in preparation for the liquidation of the Palestinian cause all culminates in the Bahrain workshop.

For the last two decades of the last century and the first decade of the current century the goal is to get rid of everything that was believed to be a stumbling block in the implementation of the Jewish state that Zionism seeks. They destroyed Iraq and Libya and Yemen and others, on the same path to describe the atmosphere of Jewish tampering in the region with the support of American Masons.

This workshop is based on Masonry to serve Zionism and global imperialism and to destroy values ​​and morals in the Arab countries, especially from the cradle of the message of Islam to the Arabian Peninsula and to the end of the world. The Arab and Muslim builders are the ones who have the responsibility of promoting the Zionist presence and the ownership of Palestine to the Jews by legislative status. Abdul Hameed al-Othmani was isolated for refusing to allow the Jews to settle in Palestine and then he was destroyed by the Ottomans, the Ottoman state whose tolerance for the embrace of the Spanish Jews had put the snake in its hole that ended its existence.

Nah, nothing antisemitic about that.


This workshop is not aimed at the economic revival of Palestine or the countries of the Middle East. These countries have enough economic resources if there is good intentions and honesty with self to lead the entire world economically and politically and impose their will on it, but their self-destructive tendencies leadthe Arab region to fall and subjugation and humiliation.

This paragraph is hilarious. It shows that the reason the author hates being under the thumb of his imagined Jewish overlords is because he wants the Arabs to be the ones who control the world!