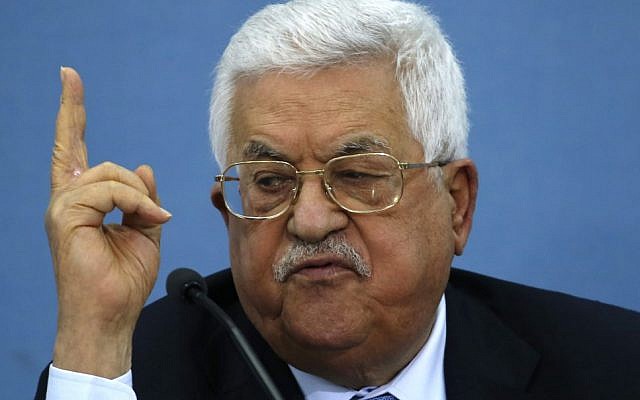 We have seen this weekend, and will continue to see this week, a Palestinian leadership refusing to accept a detailed economic package that everyone can agree would help their people tremendously.

Let us make explicit what the reporting only hints at.

When Abbas says “no” to $50 billion in economic aid that would build an infrastructure, create universities, empower women and provide tens of thousands of jobs, he is saying that he wants more. He demands a state, half of Jerusalem, the “right of return,” Israel releasing thousands of prisoners including the most heinous terrorists, 100% of the territory on the Jordanian and Egyptian sides of the 1949 armistice lines, and more.

If he doesn’t get that, there is an “or else.” An “or else” that no one talks about, because when it is defined, it shows that Mahmoud Abbas and his Fatah leaders are monsters. The idea is too terrible for tender Western sensitivities so it gets papered over.

What are the “or elses”?

The first and most popular “or else” has been said over the years in a passive way. It states that if Palestinians don’t get what they demand, then the region will always be in turmoil. The threat goes that unless Palestinian leaders get the state that they demand, without compromise, they will continue to use terrorism against Israeli civilians. They will continue to shoot rockets at Israeli communities. They will start an uprising. (In times past, they would also threaten to inflame the “Arab street” to destabilize lots of Arab regimes, but I’m not sure anyone believes that anymore.)

In short, the first and foremost “or else” is a permanent return to terror. Within that threat is the hint of a wider threat, that Muslim extremist groups like ISIS and Al Qaeda will become strengthened, that the terrorist spree of the 1970s will return, that there will be more 9/11s.

It is a mafia-style threat of “give me what I want or I will make life miserable for you.”

That is bad enough, and it already exposes Abbas and his team as despicable. But more recently there is another “or else,” another threat which reveals the Palestinian leadership to be absolute monsters.

And he refuses to even consider aid that could bring his people out of the limbo they have been placed in. Money that could give them dignity and a future.

In this insidious “or else,” Abbas is telling the West that he doesn’t give a damn about his own people, but he knows that the hated Israelis and Americans do care about all human life.

He is saying to do what he wants, or else he will let his own people die.

That is not just bargaining. That is callous and despicable. It is the exact opposite of leadership. It is disgusting.

Yet no one is calling him out on this.