“The more things change, the more they stay the same.”

So observed the French wit Alphonse Karr in 1849.

Looking through a newspaper collection recently for something entirely unrelated to the Middle East, I spotted the following, and thought of that phrase, though on second thoughts maybe it’s not so apt, given that certain trends in history roll on and gain momentum. 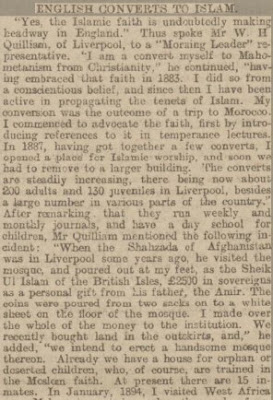 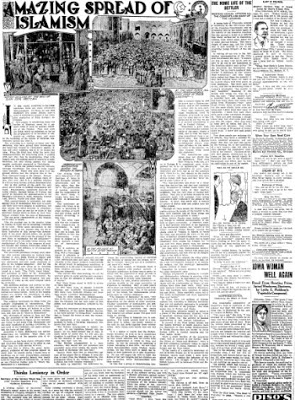 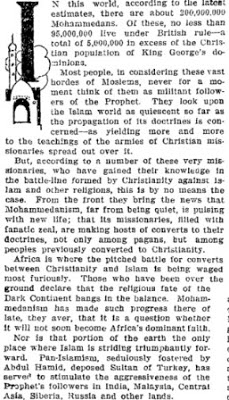 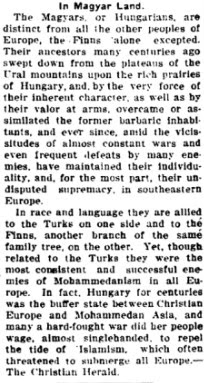 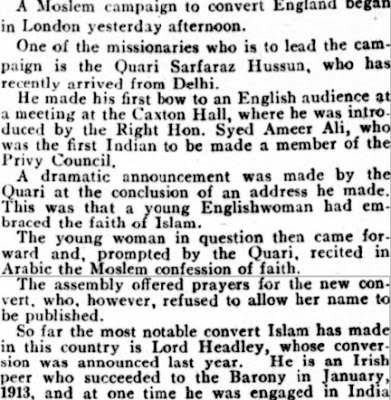 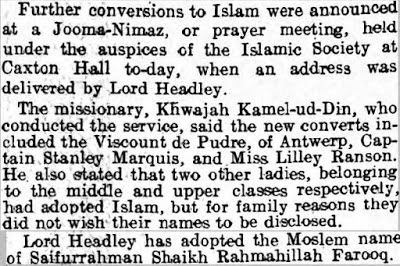 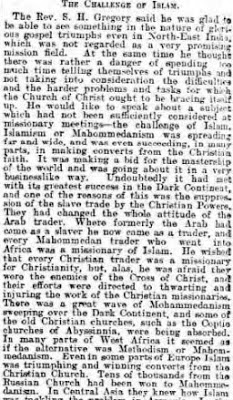 I’m sure there are a lot more where those came from.

Meanwhile, in the Middle East some things have stayed the same since the 7th century, as this fine article observes:


True peace requires addressing the deep sources of the conflict. Those lay with the Arab and Muslim reaction to the return of the Jewish people to powerful sovereignty in their ancient homeland. As far as Muslim theology and Arab practice were concerned, the Jews were non-believers, only to be tolerated, never as equals. They should have never been allowed to undermine Muslim rule over the lands, which the Jews claimed as their homeland, but the Arabs viewed as exclusively theirs since conquering them in the seventh century.

The return of the Jewish people to restored sovereignty in their ancient homeland, required Arabs and Muslims to accept that a people, whom they have for centuries treated as inferiors, worthy of contempt, were now claiming equality and exercising power in their midst.

This historical “Chutzpah” is what drove the Arab League to violently reject any kind of plan that would grant the Jewish people equal sovereignty over any part of “Muslim land”​, free from their control. This unnatural historical development, in Arab eyes, led Arab governments to take revenge and forcefully expel hundreds of thousands of Jews, living in their midst, often in communities predating the birth of Islam, just after the establishment of the State of Israel.

It is also the reason why Arab states kept the Arabs who were displaced during the 1948 Arab-Israeli war and their millions of descendants, ​ as perpetual “refugees” – to deprive the Jewish state of legitimacy and peace.  It is the reason that even after losing repeated military wars against the State of Israel, Arab countries have continued their diplomatic and economic war against it to this day. Even Jordan and Egypt, that have signed nominal peace agreements with Israel, have more of a ‘mutual non-attack’ agreements, rather than genuine peace.

The animosity to the concept of the Jewish sovereignty in the Arab Middle East is simply too big. This attitude towards the Jewish state is an Arab – and Muslim – issue, and not only a Palestinian one. The Palestinians have been at the forefront of this Arab and Muslim intolerance, but they are not its creators. They are the thin end of the wedge by which the Arab and Muslim world wages its war against a sovereign Jewish people.

If the word peace is ever to truly describe the situation between Israel and its neighbors, it requires the Arab and Muslim world to address the roots of their intolerance. It requires them to accept the Jews as their equals and as an indigenous people who have come home. This was always too large a task to be undertaken by the Palestinians. Only Arabs and Muslims together can legitimize a different theological interpretation of the Jewish presence in their midst: no longer inferiors and no longer foreigners. In doing so, they can enable and legitimize practical solutions in Jerusalem that accept the centrality of the city to the Jewish people, and to the manufactured problem of the “refugees”, by finally rehabilitating them and absorbing them as fellow Arabs….”

And as the Palestinian envoy to Iran, Salah Zawawi, reminds us in a recent interview on Hezbollah’s Al-Manar TV:


“Our war is not only with this Zionist enemy. We are fighting a 100-year-old Western enterprise, which is ongoing. This enterprise does not target a part of Palestine, or even Palestine in its entirety. Its goal is to establish the Greater Israel, which would control disintegrated Arab and Islamic countries, and indeed, this is happening today in our Islamic world. …This way, our enemy along with its defenders and masters, would complete their plan to turn us into servants, if not slaves, in this region, and to plunder our resources.

When they talk about the signing of the nuclear agreement and whatever, they are truly terrified. If Iran produces a nuclear bomb – and I pray to Allah that Iran will produce 1,000 nuclear bombs – it will not be directed against any Arab or Islamic country. It will be used to defend, at the very least, the Islamic republic and its principles.”

Moreover, to quote a commenter on this article:


“I have degrees in Middle Eastern Studies and Arabic. I’ve spent more time than I care to recall studying Islam and its adherents. I’ve lectured Army and DIA personnel on Salafist terrorism.

Islam has never, ever been a ‘byword for benign enlightenment.’ It has always, from its triumph at Yathrib, been a religion of oppression, slavery, and war. That reformers occasionally exist does not rescue the faith from the weight of its history. And note that the reformers always fail.

Reason #1: Reform is bid’a (innovation), and bid’a is heresy, and willing heresy is apostasy, and Muslim apostates are put to death.”

A commenter in response:


‘Excellent post but, “And note that the reformers always fail.” is not true. I think what you mean is that the peaceful ones always fail, which is true. When Islam was pacified by the influence and strength of Western culture it was denatured and mutated into something quite different. Now the reformists are trying to purge the Munafiqun (the hypocrites) from their community and purify the faith into one strong, tight fist with which to smash the infidels into submission… just as Abu Bakr (The Sword of Allah) did during the Apostasy Wars. Islam goes through these undulating waves of dilution (under the influence of kaffir civilisations) and then purification, by reformists trying to return to the original source material found in the Hadith and Quran; the terrorist organisations are simply the peak of the iceberg in a much larger movement in the Islamic world.

Sadly, the reformists are winning.’


“I don’t disagree, but Khālid ibn al-Walīd was called Sword of Allah, not Abu Bakr.”