The agreement reached between Israel and the United Arab Emirates to ‘normalise’ relations is the most historic since Israel signed peace deals with Egypt and Jordan.

Through the ages, there were never many Jews living in the Gulf, but a modern expatriate community has been steadily growing, and in 2019, came out openly as an official community. Today the community centres has two synagogues. The Talmud Torah has 40 children.

In his travels in the Middle Ages documenting Jewish communities, one of the towns that Benjamin of Tudela reported as having a Jewish community was in  Kis, located in Ras al-Khaimah, one of the seven emirates of the UAE. Modern Ras Al Khaimah covers an area of 656 square miles (1700 km²) in the northern part of the Arabian Peninsula.

According to Rabbi Marc Schneier, an estimate of about 150 families to 3,000 Jews live in the UAE. 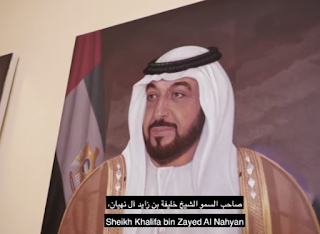 This three-minute video produced by the UAE Jewish community in June 2020 has gained about 60,000 views. It is a Hebrew prayer chanted for the welfare of the rulers and armed forces of the UAE. (With thanks: Rachel).