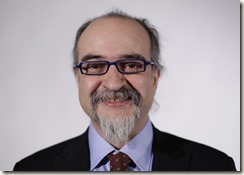 Ghaith al-Omari of the Washington Institute for Near East Policy has had a number of positions in the Palestinian Authority, including Director of the International Relations Department in the Office of the Palestinian President and an advisor to Mahmoud Abbas. He was also an advisor to the PLO negotiating team from 1999-2001.

His analysis of what the Israel/UAE deal means for Palestinians is therefore most interesting.

Importantly, the UAE’s recognition of Israel also tests whether the Palestinian issue still resonates with the Arab street, especially the younger generation. While the UAE is not a democracy by any stretch of the imagination, its leaders, as is true throughout the Arab world, are sensitive to public opinion. Though this move will not be as popular with Emiratis as with Israelis, there are indications that Palestinian issue is no longer a high priority for the UAE public.

The most immediate plus is the removal of annexation from the agenda.

But beyond this near-term advantage for the Palestinians, history has shown that Arab countries that have relations with Israel — namely, Egypt and Jordan — are more effective in advancing Palestinian interests. Partly, that’s because they hold direct conversations with Israel, which doesn’t want to lose its ties to these two neighbors. But that’s also because in Washington and in the wider international community, their formal relations with Israel lend them more credibility than countries that do not have that status and are seen as automatically criticizing the Jewish state. The UAE will be a valuable and effective addition to this grouping, particularly as it extends the Israeli-Arab dialogue to the strategically important Gulf.

The Arab-Israeli peace process has been mired for many years. This vacuum has led to the hardening of positions among Palestinians and Israelis, and many international and regional actors have given up on the prospect of any progress between the two sides. Indeed, the two-state solution — the idea that the conflict can be resolved through dividing the Holy Land between Israel and a Palestinian state — has been fast losing support. Annexation would have put an end to any prospects for progress, as it would have made a future Palestine unviable. This new development can create a window to begin shifting these dynamics.

I’m not so optimistic on Israel and the Palestinians reaching any sort of agreement, because the Palestinian position has been nothing but rejectionism and waiting for the international community to pressure Israel for it without compromising.

The dynamic is now different. If the PLO can no longer rely on the Arab world to reflexively support it, it has to recalibrate its strategy. At the moment it has no leader with the foresight or the courage to do that. However, a prerequisite for any sort of peace is Israeli security – and Israel’s psychological security is as important as its physical security.

If Israel feels like it is a part of the Middle East, and that it is a true ally with the Arab world, and if it knows that its Arab friends want peace more than they want to see Israel disappear,  it will be more willing to take chances for peace.

If the Palestinians realize that their strategy of relying on a solid wall of Arab support has failed, they will face a stark choice of becoming a vassal of Iran and becoming a mini-Syria or Lebanon, or choosing to do what is best for their own people.

So far in their brief history, Palestinian leaders have consistently made the worst choices. I see no reason to think that is going to change. But this diplomatic lightning strike gives them the chance, at least, to wake up.