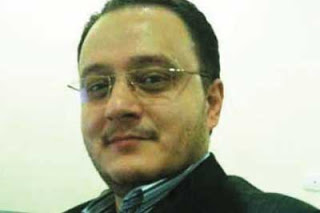 A Palestinian columnist named Hesham Manour has a new twist on a popular Arab conspiracy theory.

He says that Israel is behind the wave of terror attacks across Europe. That’s not new. What’s new is the reasons.

Since the outbreak of the Palestinian uprising against the occupation called “the uprising of knives” and then the spread of the operations of ramming cars into people,  the occupying entity has been surprised and astonished at the indifference of Western and European specifically in condemning what it calls “Palestinian terrorism.” The sympathy elicited from the old continent was not sufficient from the point of view of the entity of occupation, And [Israel] found no way to push the world to empathize with it first, ..so it managed and facilitated terrorist operations against civilians in Europe, and to attach them to Daesh to secure European and international sympathy later against the Palestinian resistance operations aimed at soldiers and herds of settlers on the occupied territory in Palestine.

…The European operations always result in the execution of the attackers and not their arrest, in an attempt to obliterate the facts and to obstruct investigations. The real purpose of the entity of the occupation is the desire for European governments not to engage in confrontation with the occupation entity, and reveal its fingers in these operations – and later to be accused of Anti-Semitism.

How can Daesh succeed in its terrorist operations without a strong intelligence service behind the facilitation of its logistical operations, such as Mossad, and the elimination of the attackers is a sign of the desire of European governments to conceal the Israeli security breaches.

It is most appropriate that Hesham Manour’s last name is a homophone to his writings.