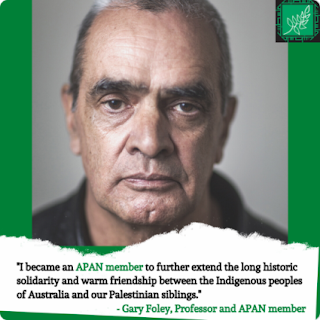 “The State of Israel was created on stolen land 72 years ago.“

That’s just one of the glaring canards contained in a recent statement (drafted by poet Sara M. Saleh along with academics Dr Micaela Sahhar and Dr Randa Abdel-Fattah) signed by innumerable Australian academics, artists and activists, well-known and obscure, Aboriginal and non-Aboriginal, Muslim and non-Muslim,  that appears in the radical left Australian literary journal Overland, created in 1954.

Bizarrely,  one high profile signatory, ABC and BBC media favourite Ms Abdel-Magied, who should need no introduction to most readers (see here if you need to), is a participant in this forthcoming “Festival of Jewish Arts and Music” forum!

Most of the  signatories’ names will be instantly recognisable to watchers of anti-Israel initiatives in Australia.  If not, googling should pay dividends. It certainly did for me in the case of Susan Stryker, an American gender studies professor in the United States who, it turns out, is not currently based here but was a visiting professor on an Australia campus in 2004.


“…. The State of Israel was created on stolen land 72 years ago. Its illegal military occupation of the West Bank – which imposes a punitive legal system on Palestinians in contrast to their Israeli settler counterparts, who enjoy the rights of full Israeli citizens – has been ongoing for 53 years. Throughout this time, Israel has continued to commit war crimes in breach of the Geneva Conventions, and to violate the most basic of Palestinian human rights, ultimately denying Palestinians the right to be sovereign in their own homeland.

Israel’s annexation plan will cement the apartheid reality that currently exists. It confines Palestinians in the West Bank and Gaza within 115 bantustans that are physically, economically, socially, and politically cut off from each other. The Israeli state has subjected Palestinians to land confiscation, ethnic cleansing, forcible population transfer, home demolitions, settler violence, severe and discriminatory restrictions on their right to freedom of movement, excessive use of force, torture, and a racist legal system and state apparatus which explicitly operates by granting preferential political, legal, social, cultural and economic rights to Israeli Jews ….

We draw great inspiration from current global justice movements committed to the eradication of racism, fascism, imperialism, and apartheid — a collective and intersectional emancipatory process of decolonisation. As iconic civil rights campaigner Angela Davis writes, “When we are engaged in the struggle against racist violence…we can’t forget the connections with Palestine. In many ways, we have to engage in an exercise of intersectionality. Of always foregrounding those connections so that people remember that nothing happens in isolation.” As Davis makes clear, an unequivocal stance against all forms of racial oppression must include support of Palestinians.

From Minneapolis to Jerusalem to Gadigal land, all sites of recent state-sanctioned violence, we affirm the critical ongoing and historic solidarities between different movements against systemic and institutionalised state violence, systemic oppression, and brutality. Palestinians in Australia are positioned as settlers of colour and have proudly sought and affirmed solidarity with Aboriginal and Torres Strait Islander peoples in our indivisible anti-colonial struggles….’

Coming hot on the heels of that statement in Overland is this piece in the same magazine.  By postgraduate student Tasnim Mahmoud Sammak, it evidently seeks a One State Solution, entailing the elimination of Israel, as the following extracts [emphasis added] indicate:


“It wasn’t long ago, in December of 2018, that Scott Morrison recognised West Jerusalem as Israel’s capital while holding back on moving the Australian embassy from Tel Aviv (my colonised home city of Yaffa) to West Jerusalem. The move made Australia the only western nation to follow the United States in in supporting the expansion of the Zionist settler-colonial project across internationally-recognised Palestinian land ….

As a Palestinian, I consider it an insult that Western politicians summon the two-state solution in our support as though it were anything but a position of forced surrender….

This lip-service to two-state solution is the premise for opposing the annexation across political parties in Australia. This includes the Greens, in spite of their more sympathetic record to Palestinian rights….

The Palestinian struggle is connected to the global BLM movement through an interlinked vision to dismantle racist settler-colonial structures and systems….

As Palestinians, we have suffered the consequences of the legitimisation of Zionism as a settler-colonial, ethno-nationalist project….

We should demand that our global protest against annexation be tied to our imaginaries [sic] of a Free Palestine. Committing to anything less is a racist’s peace and a racist’s justice.

It is not enough to expect pro-Palestinians to accept the utterance of words of support against annexation from politicians supporting Orwellian peace agreements. The time for feigned pro-Palestinian support should be over. Genuine support for the Palestinian struggle demands opposition to Israeli settler colonisation itself.”

It appears, since images of their logos (along with those of certain private bodies) appear at the base of its website, that Overland receives financial support from the Australian Government, from Creative Victoria (an agency of the Victorian state government), from the Melbourne City Council, and from the Australia Council for the Arts.  These four bodies are financed by the Australian taxpayer, including Jewish taxpayers. It is outrageous that taxpayers’ money should be used to finance a magazine that publishes material opposing the existence of the state of Israel and which publishes material that is arguably antisemitic.  It is to be hoped that Australia’s Jewish and Zionist representative organisations will strongly protest about the use of taxpayer’s money to fund this magazine.