The EU has stated that it will undertake a study to research incitement to violence in Palestinian textbooks:

It can be confirmed that an academic study on Palestinian school text books is planned. Necessary funds have been reserved in the 2019 budget.

The study shall be carried out by an independent and internationally recognised research institute. Terms of Reference for the study are currently being prepared with a view to identifying possible incitement to hatred and violence and any possible lack of compliance with Unesco (United Nations Educational, Scientific and Cultural Organisation) standards of peace and tolerance in education.

The study shall provide for a comprehensive analysis of the current Palestinian text books. The work on the study is indicatively scheduled to start in spring 2019.

Last month, IMPACT-SE released a damning report showing lots of specific examples of incitement in the newest crop of textbooks, released over the past three years in the PA. 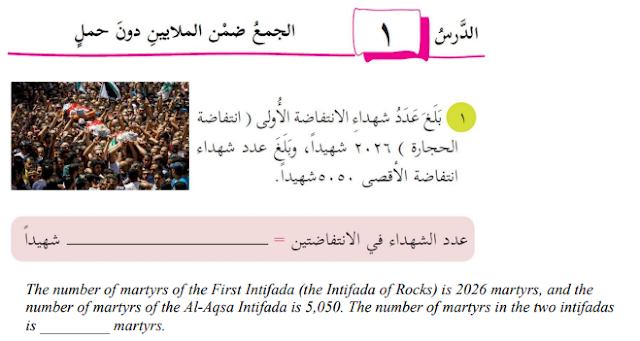 Dalal al-Mughrabi, the perpetrator of the 1978 Coastal Road massacre is celebrated. A hijab-style kufiyah is added to her portrait, presumably for nationalistic and Islamic effect. Fifth graders are invited to follow in her footsteps and sacrifice their lives. 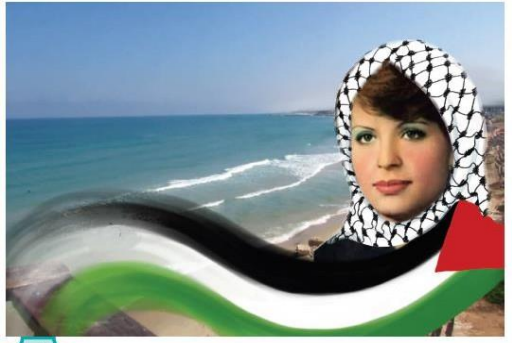 Newton’s Second Law: During the first Palestinian uprising, Palestinian youths used slingshots to confront the soldiers of the Zionist Occupation and defend themselves from their treacherous bullets. • What is the relationship between the elongation of the slingshot’s rubber and the tensile strength affecting it? • What are the forces that influence the stone after its release from the slingshot?

We sing and remember: The Land of the Generous I vow I shall sacrifice my blood, to saturate the land of the generous and will eliminate the usurper from my country, and will annihilate the remnants of the foreigners. Oh the land of Al-Aqsa and the Haram, oh cradle of chivalry and generosity Patient, be patient as victory is ours, dawn is emerging from the oppression.

Giving one’s life [fida’], sacrifice, fight, jihad, and struggle are the most important meanings of life, especially for a people suffering from the scourge of occupation, of siege, repression, harassment, demolition, and arrest; [all] for freedom, the establishment of the state and self-determination. 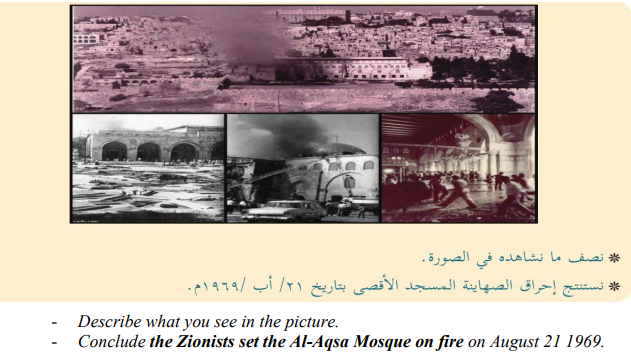 
Children are taught an anti-Semitic myth that the Jews attempted to kill the Prophet Muhammad. This is largely rejected in mainstream Islam and it doesn’t appear in the Quran. Jews are referred to as “enemies of Islam.” 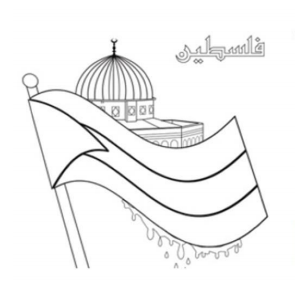 
A Muslim woman sat next to a Jewish goldsmith in the Banu Qaynuqa market. The goldsmith tied the edge of her garment to her back without her noticing. When she got up, she revealed her genitalia. The Jew then laughed at her, she screamed, and a Muslim man jumped on the goldsmith and killed him. The Jews then attacked the Muslim and killed him.

And this lovely example, #100 in the report: 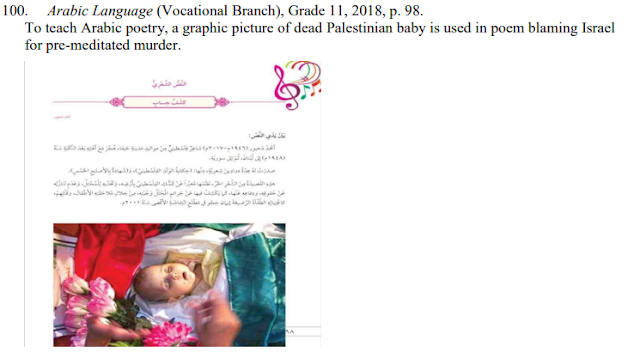 Will the EU whitewash these examples to continue funding? We’ll see.

These textbooks are used by UNRWA as well.