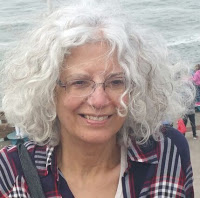 The Palestine Chronicle has an article by former Al Quds professor Rima Najjar, who now lives in the US, where she admits that Zionism is indeed part of Judaism:

Those who smear anti-Zionists by falsely accusing them of antisemitism understand very well that anti-Zionism means anti-Jewish-nationalism as expressed in the territory of historic Palestine, now subdivided into Israel, the West Bank and the Gaza Strip, but effectively controlled by the Jewish State.

Zionism is a product of Jewish philosophy and is based on Jewish culture and thought, which has its roots in Judaism. The core purpose of Israel’s settler-colonial Zionist regime is to maintain itself as a Jewish State. Exaggerated or false claims of antisemitism aim to create a climate of fear in which Palestinian legitimate human rights campaigns are stifled.

If Zionism is rooted in mainstream Judaism, as Najjar admits, then being against Zionism means one is against Judaism, which she denies.

She tries to explain away this obvious contradiction, and fails miserably. Her point is pretty much that she should be free to attack Jews in the name of being pro-Palestinian:

Today all around the world, synagogues and rabbis are the ones indoctrinating their communities into worshiping Israel and a tribal, some would say Medieval, identity.

And, in defending Alice Walker’s antisemitism:


…  Is it anti-Judaism (I won’t say antisemitic because I am not sure I understand what that means anymore) to look into what in the Talmud might be inspiring Chief Rabbis of Israel in his racism and cruelty, in condoning ethnic cleansing and genocide?

She sums it up this way:

Of course, by her logic every nationalism is apartheid.  Including Arab nationalism and Palestinian nationalism. But in her zeal to attack only Jewish nationalism and equating it with racism and evil, she wants her readers to ignore her inconsistencies.

And only focus on the Jews.