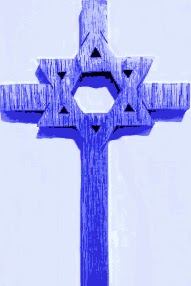 By  Emanuele Ottolenghi, a senior fellow at the Foundation for Defense of Democracies, and Michaela Frai, a research associate there, a disturbing article on Iranian influence in South America:


‘Across the region, Iranian preachers and their local enablers have presented themselves as advocates of human rights and social justice to gain footholds among disenfranchised and marginalized communities in Brazil, Chile, Colombia, El Salvador, Mexico, and Peru. Relying on allies such as Bolivia, Cuba, Nicaragua, and Venezuela, Iran has established forward operating bases for the spread of their propaganda.’

The article focuses first on the visit to São Paulo, Brazil of Ayatollah Mohsen Araki, ‘who openly calls for the “annihilation of Zionism” and has promoted friendly relations with the Taliban’:


‘Araki’s visit is yet another demonstration of how the Iranian regime is busy exporting its own brand of radical Islam, in order to radicalize Shi’a expatriate communities while spreading Tehran’s influence in the region.

The hosts for Araki’s lecture in Brazil on July 29th were none other than local Hezbollah-linked religious centers that promote Iran’s Islamic revolution. Guests from across the continent included Latin American and Iranian clerics who are disciples of Mohsen Rabbani, Iran’s former cultural attaché in Latin America and the mastermind of Argentina’s 1994 AMIA terrorist attack that left 85 dead at a Jewish center.

Since the 1980s, Tehran has worked diligently to create the infrastructure for both overt and covert operations in the Western Hemisphere. Araki’s visit is part of a well-orchestrated plan to indoctrinate and radicalize existing Shi’a communities while seeking new acolytes among local sympathizers of Iran’s political agenda.’


‘Quiroga is not an isolated phenomenon, and not only because since 2011, he has opened five more cultural centers across Peru and overseen nearly twenty-five students who have traveled to Iran to attend Rabbani’s religious programs in Qom. Iranian cultural centers and their Iranian-trained local converts promote a similar radical agenda across Latin America and, indeed, globally….

Ultimately, Iran threatens the national security of the U.S. and its allies with its spread of anti-Zionist hatred and Islamic revolutionary rhetoric to the Western Hemisphere. The networks established by Iran do not just promote hate speech; they are intimately involved in criminal enterprises such as narco-trafficking to generate tens of millions of dollars to fund Hezbollah and other Iranian clients….’

All the more reason, then, to esteem and encourage the Christian Zionists in the region.

To quote from a recent article regarding Christian Zionism:


‘Outside of the United States and Western Europe, Pentecostal Chris­tianity has witnessed massive growth since 1980. The advance of Pentecostalism in the Global South constitutes one of the biggest religious developments in the late twentieth century. Brazil and Nigeria have seen the rate of Protestant identification double or triple in recent decades. Many new churches and denominations preach a version of the prosperity gospel that combines individualistic and nation-based blessings. Christian Zionism is often central to Pentecostal understandings of nation-based blessings.

This is true for Renê Terra Nova, currently director of ICEJ in Brazil. Born into a Catholic family, Terra Nova converted to Pentecostal Christianity at the age of twenty and began to attend the Baptist Theological Seminary of North Brazil. In 1990 he broke away from his first church and founded First Baptist Church of the Restoration in Manaus. In his teaching and more than a dozen books, Terra Nova emphasizes “family restoration,” a concept that is flexible enough to relate both to Brazilians’ personal families and to healing God’s family, composed of Jews and Christians. As his website explains, Terra Nova takes as a sacred duty his ministry’s “work in spreading love for Israel and the true root of our faith: ­Jerusalem.” Terra Nova’s literal connection to ­Jerusalem through the massive “caravan” tour groups he leads underpins his emphasis on the prosperity gospel. Through “showing the way to ­Jerusalem,” Terra Nova has “raised the spiritual level of the people, showing that poverty, misery and ruin are stigmata of the past and that the great truth is prosperity: a right of every child of God.” He claims to lead a congregation of 75,000, with church branches throughout central and northern Brazil.’

Remember, though, one of their leaders, Dr Luis Fernadez Soares of Guatemala, ‘expressed concern” at the 2017 Herzliya Conference in June


‘regarding the challenges faced by South American Christians who openly express solidarity with Israel in countries “governed by leftist leaders,” who have close relations with Arab nations as well as Iran and the Palestinians.

Solares suggested that evangelical institutions increase their cooperation across countries where they are represented, in addition to ramping up ties with Israeli embassies and local Jewish communities. Israel should foster closer relations with evangelical communities in Latin America and “ask them to pray for Israel and place Israeli flags in their congregations‘.

Meanwhile, from Bethlehem, one who has long been doing his utmost to undermine Christian Zionism round the globe and who is, incidentally, no stranger to Teheran and to the London studios of Iran’s propagandistic Press TV, has been posting numerous photos of scenes from his recent trip to the West Bank (he’s just flown back to the UK).  He’s gone for glorious Technicolor in most of them, as with the mural portrait below of the murderous old rogue Arafat. 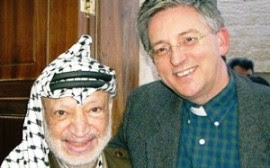 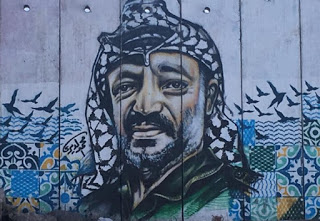 But one sequence of photos is not in colour: 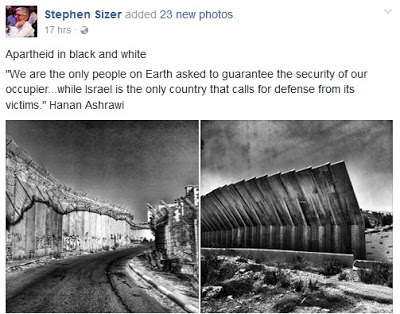 Unusually, I’m glad to see and say, the vicar has not attracted mere yes-men with this particular propagandistic exercise.  Certainly, there are the usual suspects, who have hastened to share the Ashwari quotation, but one commenter boldly differs (at the time of posting this no response from Sizer on there has been forthcoming)”


“This wall is to stop terror attacks on civilians while we all wait for genuine negotiations. While we wait, should Israel just accept the murder of its people? Yes, the wall inconveniences some Palestinians, but it also saved Israeli lives. Is Palestinian inconvenience a higher priority than Israeli lives?? What an immoral proposition!”

And another commenter, a Facebook friend of Sizer, contends:


“I don’t recall black people calling for the eradication of white people, or black people continuously bombing, kniving, shooting and threatening white people. I think apartheid was something very different. Yes the wall is a tragedy. The situation though is very complex. You may see oppression of a suffering people. Others see necessary self protection of a vulnerable state.Remember the holocaust.”

A person with an Arabic name replies: ‘Umkhonto We Sizwe (“Spear of the Nation”)’

To which this answer is given:


“Nope. Totally different thing! That was an armed uprising against a pre existing apartheid. Israel meanwhile is trying to protect itself from nearly a century of threat to the jewish people and half a century of denial of its political right to exist.”

The commenter continues, taking on several Sizerites, who are unused to dissent on Sizer’s thread and who include a woman who declares that “Zionist Jews” were responsible for the Holocaust:


“I quite agree that Israel AND the Palestinians (And surrounding Arab nations) need to do a lot more and a lot better … BUT … it is language like “apartheid” here, which does absolutely nothing for either the real historic apartheid of black people, OR for the complex issues facing Israel and the Palestinian people.…

Bus bombs, knife attacks, rocket launches, decades of denouncing the state of Israel’s right to exist, vitriolic hatred of the Jewish people, repeated statements of surrounding nations to wipe the state of Israel from the earth, … yes … the core issues are complex.…

[M]y point here was merely that this is not apartheid.

Also, in regard to Hamas and the PA – they may well have verbally recognised the state of Israel’s right to exist, but they have done very little to cease the hostilities…

Seems to me that that friend of Sizer’s should be on the “Board of Reference” of Sizer’s so-called “Peacemaker Mediators” instead of the dyed-in-the-wool anti-Israel types who loom large there.