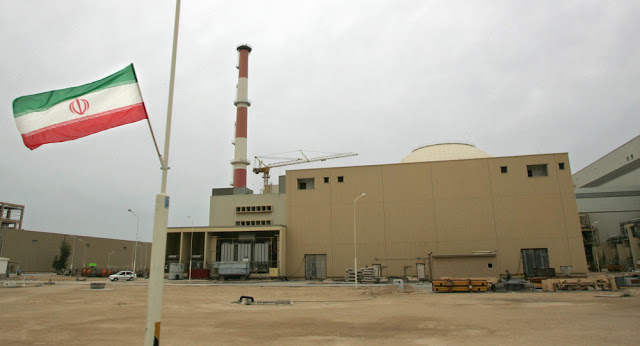 In 2016, a few months after the nuclear agreement with Iran went into effect, a Western entity gave the International Atomic Energy Agency information regarding sites the Islamic republic did not report as part of its nuclear program and where, according to suspicions, forbidden nuclear military research and development activity was being conducted, Israeli officials involved in the issue told Haaretz.

The Western entity also shared the information with a number of the six world powers who were party to the nuclear agreement, officials said.

The officials noted that almost all the suspected sites have not been visited by IAEA inspectors – either because of Iran’s refusal to grant entry or UN officials’ reluctance to confront Iran on the issue.

“At one point we saw there was no one to talk to,” said one of the Israeli officials. “There is a whole list of suspicious sites where the Iranians do not allow inspectors to visit and no one enforces the supervision mechanisms established in the nuclear agreement. There is simply a demonstration of weakness in the IAEA when it comes to Iran. The sense is that Iran allows what it wants, and does not allow what it does not want.”
…[O]ne of the issues Israel and the West are concerned about regarding the Iranian nuclear program regards the sites Tehran did not reveal, where there is suspected research and development for a military nuclear program.

These sites were supposed to be addressed by the IAEA and Iran as part of an agreed track called the “possible military dimensions” of its nuclear program.

An official noted that the Western entity identified, among others, a civilian Iranian site of potential illegal nuclear activity. IAEA inspectors asked Iran to visit the site, but the Iranians did not allow them to visit the site immediately, attempted to raise objections and created bureaucratic obstacles that caused the visit to be substantially delayed.

The officials said the Iranians refused to allow inspectors to visit a series of other suspicious sites, claiming they were military bases and, therefore, were not covered by the nuclear accord and that they were not required to allow access to inspectors.

There is a lot of speculation that President Trump will decertify Iran’s compliance with the nuclear deal on October 15. There are plenty of reasons that can be done quite legally given Iran’s behavior and statements..

October 15 is the date when Trump must inform Congress if Iran is complying with the terms of the deal and whether it remains in U.S. national security interests.

The issue is complex legally and technically, but October 15 is the date to watch.