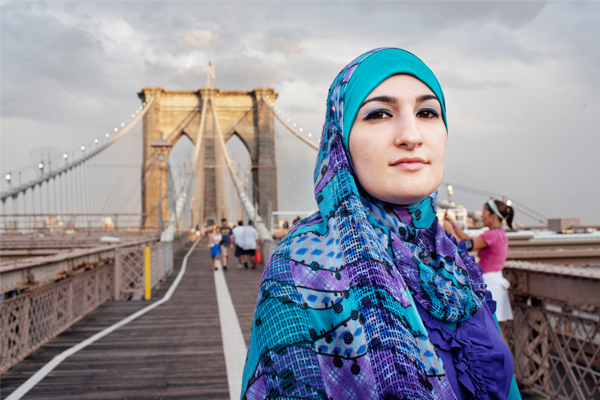 Ikhras is a website that is unapologetically anti-Israel, anti-USA and pro-terror. But it is dedicated to exposing Arab “activists” who they believe are really traitors to the cause by acting moderate and sucking up.

In his or her words:


Ikhras was inspired by the Arab and Muslim “activists” and “representatives” that hijacked our identities and name for their own self-aggrandizement and in furtherance of personal ambitions unrelated to our communities’ agenda, interests, and well-being.  It was their collaboration that made this project necessary and now Ikhras is here to tell them they do not speak for us.  Ikhras adds its voice to those resisting US Imperialism and Zionism with a special focus on exposing, ridiculing and holding accountable House Arabs and House Muslims in the US, to borrow Malcolm X’s expression.

So Ikhras’ critique of Linda Sarsour, written last year, is most interesting. Ikhras mostly attacks Sarsour for pretending to be against Palestinian terror and supporting Israel’s right to exist, which Ikhras assures us is not the way most Palestinian Americans feel and Sarsour is only trying to get in the good graces of the powers that be.


Sarsour does not speak for Palestinians in NY, across the diaspora or under occupation, and her views do not reflect the Palestinian consensus or their national aspirations. She also does not represent the views of the larger Arab-American community. The political exigencies of running for NY City Council require Sarsour to pursue her amateurish version of a political triangulation strategy, posing as a champion of Palestine while reaffirming Israel’s “right to exist.” However, there are 11 Million Palestinians and over 300 Million Arabs who are not running for NY City Council in 2017. Their position and the position of the Palestinian and Arab-American communities remains unchanged. The structures and institutions of the Zionist entity created in 1948 must be fully dismantled, and all Palestinian refugees and their descendants have an inalienable right to return to their homes and lands of origin with full restitution of all their confiscated property in a single, unified, and liberated Palestine.

This passage about Sarsour accepting an Iftar dinner with Mayor DeBlasio is interesting, once you filter out the anti-Israel lies:


Framing herself as a radical champion of the people while working with the Muslim Democratic Club of New York to advance her career, she decided to maintain close ties to the Democratic Mayor. Later that same year, July 2014, Israel launched its third onslaught on Gaza since dismantling its illegal, Jewish-only colonies and occupation coordination centers and repositioning its occupation army outside the narrow coastal strip of Palestine. The massacre, which happened to coincide with the month of Ramadan, resulted in the wholesale slaughter of over 2100 defenseless Palestinian civilians. The same week de Blasio came out in support of the massacre he also extended an invitation to Sarsour to attend an “Iftar” at Gracie Mansion as the ostensible representative of the NY Muslim community. Sarsour accepted the invitation and as she sat down to enjoy her breaking of the fast (Sarsour does not fast and is hardly religious although she does invoke religion when it serves her purpose) the bombs were still falling on the children of Gaza. Sarsour later tweeted a picture of herself with de Blasio adding the words “honored to dine with Mayor de Blasio at Gracie Mansion.” At the time ikhras still maintained a cordial relationship with Sarsour and expressed directly to her our disappointment. She responded by saying she had to ignore it because she was trying to “play politics and its dirty” and she had “two campaigns [Muslim school holidays and NYPD intelligence practices] she needed to see through.” When we pressed her she became very defensive, said something indecipherable about an “inside out strategy”, and attacked other Palestinian “activists” (she used the quotes) and organizations. She specifically mentioned Al-Awda and Adalah suggesting they were not doing anything and that she cannot be expected to do it all herself.

Sarsour is admitting that she is willing to lie and pretend to be someone she isn’t in order to get her agendas pushed. Moreover, she has such a high opinion of herself that she doesn’t want to work with other Palestinian activists, thinking her way is better.

Ikhras documents how Sarsour is a fake:


Former friends of Sarsour tell us ….She has also cultivated a public persona that those who knew her tell us is dramatically unlike the Sarsour they had encountered and previously worked with. Even Palestinian-Americans who do not know Sarsour personally recognize a caricature type quality to her public behavior. In what is apparently an attempt to adhere to some stereotypical Brooklynite image, complete with an exaggerated and pretentious accent, she now comes across as an Arab parody of Rosie Perez.


In September of 2014 Sarsour claimed she was the victim of a hate crime, but in the Brooklyn neighborhood where the alleged incident took place there is a consensus this was nothing but an attention-seeking hoax and media ploy. Sarsour claimed she was attacked by a man who hurled slurs and threatened to behead her. It turned out the alleged assailant was a well-known 45-year old mentally ill, local homeless man. …We could not find a single person in the neighborhood who considered him a threat. Another interesting fact casts more doubt on Sarsour’s story. On the day of the alleged incident Sarsour had called the police before the alleged attack reporting the alleged assailant as a “suspicious person” as if he is unknown. This is rather strange given that the “suspicious person” was a regular fixture in the neighborhood well-known to Sarsour and the rest of the residents by name. In all likelihood, the homeless, neighborhood drunk was, as usual, making stupid comments and kicking around a trash can. Instead of providing him with a hot meal and helping him find shelter, Sarsour decided to exploit his presence near her office to fabricate a hate crime casting herself as the fearless defender of the community under attack for her work on our behalf.  Sarsour took to Twitter and Facebook assuring everyone she was doing fine, thanked them for their concern and condolences, and pledged to never be intimidated or back down. After all, she is tough and everybody knows you “don’t mess with Brooklyn.”…For Sarsour to exploit the current environment of Islamophobia and the very real dangers encountered by Muslim women wearing the hijab to engage in a publicity stunt is not only manipulative and unethical, but outright disgraceful. It also provides further insight into her motivations while revealing a complete lack of a moral compass.


When Trayvon Martin was murdered Sarsour penned an article titled “My hijab is my hoodie” and declared herself “among the millions mourning the killing of Trayvon”, but had this young black youth been living in Sarsour’s neighborhood he would not have been allowed into her home or anywhere near her own kids and family. …In our visit to NY we encountered a strong backlash against this aspect of Sarsour’s activities among those who know her best. It turns out Sarsour is known to harbor an ugly racism towards African-Americans which makes her latching onto the BLM movement all the more galling. She rarely associated with or interacted with African-Americans (this explains why she views African-Americans through the prism of racist, media stereotypes) until the “activist” with political aspirations realized it can be to her benefit. Sarsour’s racism which she is now trying to hide is common knowledge among the Arab-American community in NY…


In addition to a lack of conviction and principles, Sarsour has also demonstrated a very shallow understanding of her own favorite topics. Her knowledge of U.S. history, politics, and society does not extend beyond a Middle School curriculum and she approaches these subjects without any serious thought or critical analysis. Nevertheless, Sarsour has acquired important skills and abilities that have served her well. She has, for example, demonstrated an ability to memorize and regurgitate pseudo-revolutionary rhetoric and various slogans for specific causes. She has also been adept at exploiting her different identity markers such as Palestinian, Arab and Muslim, and depending on the topic or event, is capable of offering herself as a useful prop. She has also shown a great deal of skill in latching onto independent phenomena such as the BLM or a presidential campaign when she perceives it to serve her long-term interests.

Ikhras, in his or her radical pro-terror views, is probably more representative of how Arab Americans feel than Linda Sarsour. But a faker is a faker no matter what position you hold; I prefer people who tell the truth and Sarsour is only out to gain media attention for her own agenda.

The problem is, that faker is more effective politically. So she has to continue to be exposed.