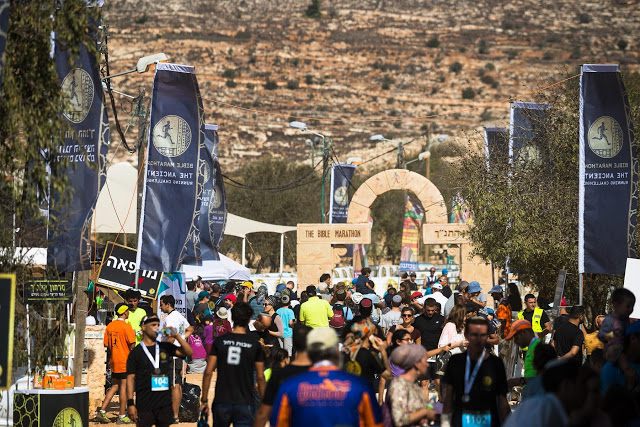 Israel on Thursday said the international marathon body was injecting politics into sports by excluding an Israeli race because it passes through West Bank territory, which the Palestinians and most of the world considers to be occupied.

The Israel Marathon Association said the Association of International Marathons and Distances Races had displayed a “discriminatory nature” against the Bible Marathon that “will certainly result in great anger” among runners around the world.

Next month’s Bible Marathon stretches from Rosh Ha’ayin in central Israel to the West Bank settlement of Shiloh, tracing a path described in the Book of Samuel. Organizers call the route the oldest recorded marathon in history.

The Greek-based organization said it had to exclude the Israeli marathon to comply with “international public law.”

The Israeli association asked it to reconsider, saying that its decision was “prompted by a campaign organized by political activists” and rested on false legal premises. It also noted that the organization has long recognized the Laayoune Marathon in the disputed Western Sahara region controlled by Morocco.

The history of the Bible Marathon is actually very interesting: the 42-km route was used by a runner way before the original marathon story:


“Then a man of Benjamin ran from the battle line the same day, and came to Shiloh with his clothes torn…”

One of the first runs recorded in human history—long before the “marathon” told of in Greek mythology—is mentioned in the Bible, in the beginning of the book of Samuel. At the end of the war between the Israelites and the Philistines, the “man of Benjamin” runs from the battlefield at Eben Ezer (modern day Rosh Ha’ayin) to Shiloh, city of the Tabernacle.

Many centuries later, the founder of the Maccabiah games, Yosef Yekutieli, set out to measure the length of the course from Rosh Ha’ayin to Shiloh, in the Benjamin region. He was amazed to find that the length of this historic path precisely matched that of the modern marathon – 42 kilometers (the official length of the Olympic running contest, determined in 1908 at the London Olympics).

The legend of the marathon, of course, is Greek and took place hundreds of years afterwards:


The name Marathon[n 1] comes from the legend of Philippides or Pheidippides, the Greek messenger. The legend states that he was sent from the battlefield of Marathon to Athens to announce that the Persians had been defeated in the Battle of Marathon (in which he had just fought),[3] which took place in August or September, 490 BC.[4] It is said that he ran the entire distance without stopping and burst into the assembly, exclaiming νενικήκαμεν (nenikēkamen, “we have won!”), before collapsing and dying.

Indeed, the first recorded “marathon” in history happened in biblical Israel, not in Greece! (Maybe that is one reason the Greek-based Association of International Marathons and Distance Races decided to withdraw support – jealousy!)

Apparently, UNSC 2334 – the resolution that Barack Obama tacitly supported by refusing to veto it – is being used as the pretext for this decision.

A legal answer to this absurd decision was written by the Kohelet Policy Forum in this press release:


JERUSALEM (17/9/2017) The Bible Marathon, which traces the oldest recorded marathon route in history from Rosh Ha’ayin to Shiloh, has had its membership revoked by the Association of International Marathons and Distance Races (AIMS) after BDS activists claimed that its route violates international law. The organizers of the annual running event received notice from the President of AIMS rescinding their membership claiming that the race went beyond the boundaries of the State of Israel and therefore was a violation of UNSC resolution 2334. The Israeli Marathon Association promptly instructed Professor Eugene Kontorovich of the Kohelet Policy Forum to act on their behalf to legally resolve this issue, since there is no legal precedent for such actions.

Professor Eugene Kontorovich responded to the discriminatory AIMS decision in a formal letter to the organization’s president in which he clearly showed that holding a cultural or sports event was not only a violation of any law but rather the common practice worldwide.

He went on to explain: “AIMS has for many years given full membership to the Laayoune Marathon, which takes place entirely in Moroccan-occupied Western Sahara. Indeed, on the AIMS website and catalog, the event is described as being in “Morocco” despite the rejection of this characterization by the international community, which regards it as occupied.”

The letter ended: “We respectfully request that the Bible Marathon promptly be given AIMS membership as required by the association’s rules, and by its longstanding practice. Such a decision will in no way involve an expression of opinion on AIMS part on the underlying political dispute. Failing this, we will resist AIMS’s unjust and politicized denial of membership to the world’s oldest running event in every forum available to us.”

Thousands of runners from Israel and abroad are expected to participate in the October 6th Bible Marathon, in spite of the AIMS decision, which the organizers hope will be rectified by then.Thousands of Bible believing Jews and Christians are also expected to lodge formal complaints with AIMS, for discriminating against the race because of its unique Biblical roots.