This week, the New York Times had an article asking “Is the Muslim Brotherhood a terrorist group?”

And it answered, flatly, “no.”

Part of the reason was given here:


Even experts critical of the Brotherhood agree that the organization does not meet the criteria for a terrorist group.

Under the British-backed monarchy in the 1940s, the Egyptian Brotherhood was one of several factions to create paramilitary wings. In 1948, a 23-year-old veterinary student who belonged to the group assassinated the prime minister. Two weeks later, another member of the outfit was arrested for attempting to bomb a courthouse.

Mr. al-Banna denounced the perpetrators and their actions. “They are neither Brothers nor are they Muslims,” he said.

In the 1960s, a small circle of Muslim Brothers were arrested for plotting to reestablish an armed wing. That is when the Brotherhood formally codified its opposition to violence in a tract titled, “Preachers, Not Judges.”

From reading this onegets the impression that the Muslim Brotherhood is opposed to all forms of violence by Muslims.

However, that is clearly not the case. Its website has numerous articles about Hamas attacks on Israel, both attacks on the IDF and on civilians, and it supports every single Hamas activity. There is no daylight between how Hamas looks at violence against Jews and how the Brotherhood does. 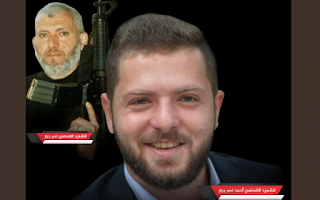 Here is an example from January 2018 where the Brotherhood approvingly quoted Hamas’ support of the murder of Rabbi Raziel Shevach.

I don’t know whether the Brotherhood still engages in violence, directly or indirectly. Nor do I know whether declaring it a terror group is a good idea or not. But the New York Times and others that claim that the Brotherhood has opposed terror for decades are clearly wrong.

As long as you believe that killing innocent Jews is terrorism, that is.