For most of the 20th century Zionism meant saving the Jews of Europe in a revived Jewish homeland. This led to the misconception, spread by Palestinian propaganda, that Israel is an alien, colonialist state. Today, however, a new paradigm is emerging of Israel as a Middle Eastern nation in need of a haven from Sunni Muslim persecution, argues Edward Retting in Fathom.  Rettig is broadly right, but this new political paradigm did not emerge organically, but  after pressure from the US Congress and  a decade of hard lobbying for recognition and justice for the victims of Arab and Muslim antisemitism  by MKs and organisations in Israel representing Jews from Arab countries.

Then, with the rise of the first Likud government in 1977, a new political elite revised the classic Zionist paradigm. Oddly, considering its profound influence on the conflict, this revision – which involves an essential change in how most Israeli Jews now see the conflict – has drawn little international discussion. At the heart of the revision is the growing awareness of the experience of ethnic oppression of the Jews in the Muslim world and the growing influence of the ethnically cleansed Jews of the Muslim world and their descendants in Israeli society, culture and politics. Today, almost three-quarters of the Jewish population is Israel-born, and more and more young Jewish Israelis ‘intermarry’ across the Eastern-Western Jewish divide, ensuring that a growing percentage, probably more than a majority, now trace at least part of their origins to the wider Muslim-dominated region. 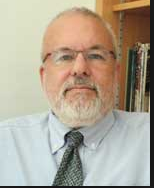 Simply put, Israel has become much more attuned to its neighborhood as it has incorporated these migrants and their descendants. Much of the population that absorbed these migrants consisted of Holocaust survivors and other refugees from Europe, which contributed indirectly to the widespread but shallow anti-Zionist idea that ‘Europeans’ invaded Palestine. But today, at the age of 70, Israel is much less Europe-centered and not only in music, food, literature, popular culture, and so on but also in politics and foreign policy.

This emergent Israeli paradigm is also the result of regional developments since the 1940s. From the Atlantic coast of North Africa, eastward to the Shiite provinces of the Persian Gulf, a group of countries form one of the great contemporary civilisations. Sunni Muslim Arabs overwhelmingly dominate the region demographically and politically. Unfortunately, Sunni Muslim Arab society faces a deep crisis as it struggles to reconcile modernity with its traditional values and culture, a predicament that lies beyond the bounds of this paper. A common symptom of the crisis is that virtually all of the non-Sunni, or non-Arab, or non-Muslim populations in the region – Copts, Maronites, Assyrians, Jews, Kurds, Yazidis, Shiites, and so forth – suffer severely. Today, the situation of these minorities provides an essential framework in which one can reinterpret Arab behavior in 1948. We might call this new understanding the ‘hegemonic majority paradigm’. It can shape our perception of events such as the Syrian civil war (where the pro-Assad coalition is glued together by fear of majority Sunni ascendancy), the rise of ISIS (an expression of Sunni political extremism), and, of course, the current dynamics between Israelis and Palestinians (who are ethno-religiously overwhelmingly Sunni Muslim Arabs).

This emerging Jewish Israeli paradigm turns many ‘anti-colonialist’ assumptions upside down. Of all the minorities in the region, only the Jews have prospered since the end of World War Two. We did this despite the murder of large numbers of us, the seizure or abandonment of much of our property, the waging of wars against us, the ongoing reverberations of the Holocaust, and the anti-Israel political clout of the Arab peoples and the Soviet Bloc. The new paradigm says that what allowed for this success was the fact of withdrawal (sometimes willingly, often through outright expulsion), from the Sunni Muslim Arab hegemonically dominated areas, to congregate with other Jews from other parts of the world in the land of our shared history.