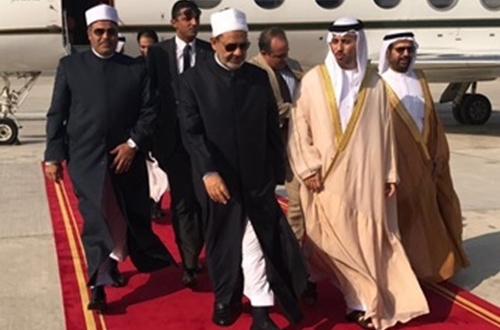 From the Standard Republic:


Grand Imam Ahmed Al-Tayeb, Sheikh arrived in Abu Dhabi where he is set to chair the emergency council meeting of the Muslim sages tomorrow.

The meeting will discuss the Zionist violations against Al-Aqsa mosque.

It isn’t as if the “crisis” is still going on, unless you define the crisis as Jews existing in Jerusalem.