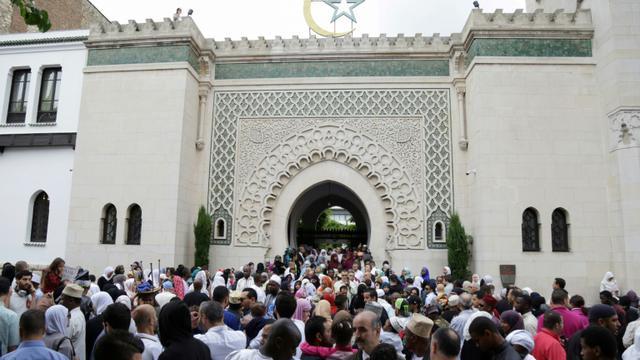 In a statement published in Le Figaro newspaper, signatories highlight the “quiet ethnic purging” driven by rising Islamist radicalism, especially in working class neighbourhoods.
“In our recent history, 11 Jews have been murdered – and some tortured – because they were Jews, by radical Islamists.” This refers to the assassination of Ilan Halimi in 2006, the killing of Jewish schoolchildren and their teachers in Toulouse in 2012, the attack on Hyper Cacher in 2015, Sarah Halimi’s death in Paris in 2017, and, most recently, the murder of Holocaust survivor Mireille Knoll in Paris.
Ms Knoll, 85, was stabbed 11 times by the perpetrators before setting her body on fire. Her murder prompted shock and outrage and 30,000 people joined a march in her memory.
“French Jews are 25 times more likely to be attacked by Muslims than their fellow Frenchmen,” the petition points out. “Ten per cent of the Jewish citizens of Ile de France [Metropolitan Paris] – that is, about 50,000 people – were recently forced to move because they were no longer safe in some towns and because their children could not frequent the public school of the Republic any longer.”
Signatories demand “that the fight against this democratic bankruptcy of antisemitism become a national cause before it is too late. Before France is no longer France.”

Even Muslim imams signed the petition, and a separate strongly worded letter from 30 additional imams made it very clear that some Muslims find this Islamic antisemitism to be abhorrent.

Now mainstream Muslim leaders have responded, and they are adamant that this campaign is simply an Islamophobic with hunt.

If there is a positive consequence that can be granted to the manifesto “against the new anti-Semitism” published by Le Parisien and signed by three hundred artistic, political and intellectual personalities, it is to have managed to temporarily unite the Muslim community.
In a statement, Abdallah Zekri, president of the National Observatory against Islamophobia and also general delegate of the CFCM, writes that “politicians on the decline and in need of media recognition found in Islam and Muslims in France their new scapegoat.”  He denounced a debate as “nauseating and fatal” and believes that “it is time they (the signatories) pull themselves  together and stop ascribing all evil to Islam and Muslims.”
Rector of the Great Mosque of Bordeaux, Tareq Oubrou believes that “to attribute anti-Semitism to Islam is almost a blasphemy, since two-thirds of the prophets of the Koran are Jews. When, in the petition, Philippe Val assures that the Koran “calls for the murder of Jews and Christians,” it is according to Rector Gironde “a monumental error, and of an incredible violence.” For him, he explains on Franceinfo , “attributing antisemitism to any ‘Quranic genetics’ is a monumental intellectual error. “
Abdallah Zekri indicates that it is “time for the politicians to respect the law of 1905 establishing the separation between the State and the Cults and do not interfere in any way in the management of the Muslim religion. “
On the side of the French Council of Muslim worship, President Ahmet Ogras says that “this platform is nonsense, an off-topic. He insists that “no one has the monopoly of being the oppressed or the victim” and denounces the use of the term “ethnic cleansing” by Philippe Val.

Here’s what the petition said about ethnic cleansing:

. In our recent history, eleven Jews have been murdered – and some tortured – because they are Jews, by radical Islamists.
However, the denunciation of Islamophobia – which is not anti-Arab racism to fight – conceals the figures of the Ministry of the Interior: the French Jews are 25 times more likely to be attacked than their fellow Muslims. 10% of the Jewish citizens of Ile-de-France – that is to say about 50,000 people – were recently forced to move because they were no longer safe in some cities and because their children could no longer attend the school of the Republic more. This is a low-level ethnic cleansing in the country of Emile Zola and Clemenceau.
Why this silence ? Because Islamist radicalization – and the anti-Semitism it conveys – is considered exclusively by some of the French elites as the expression of a social revolt….. Because the old anti-Semitism of the far right, adds the anti-Semitism of a part of the radical left that found in anti-Zionism the alibi to transform the executioners of the Jews as victims of society. Because electoral baseness calculates that the Muslim vote is ten times higher than the Jewish vote .

Zekri’s statement denying Muslim antisemitism would be comical if it wasn’t so serious.

“Jews are our cousins, we are also Semites,” says Abdallah Zekri, Secretary General French Council of Muslim Worship (CFCM). “I strongly condemn this platform,” says the one who is also president of the National Observatory against Islamophobia: “Making the connection between Muslims and anti-Semitism is unacceptable.”
“The Muslim signatories who signed are self-proclaimed imams! They are not recognized by the Muslim community, they do not have a mosque, they do not preach. […] They are what I call, and I will be strong in my terms, ‘service Arabs’ to please their masters.

Muslims are especially upset at part of the petition that calls to have Muslim leaders distance themselves from certain antisemitic and anti-Christian verses as “obsolete.” However,

Mohamed Guerroumi, a practicing Muslim and leader of interreligious dialogue in Nantes, who signed the manifesto, explains in Le Figaro that “we must set the record straight and review the exegesis of the Qur’an, because it is a question of an interpretation dating back to the 9th century “. “Surat 9 is very violent, Jews or unbelievers being considered enemies of Muslims. This is what is taught at the moment to young Muslims in France. “