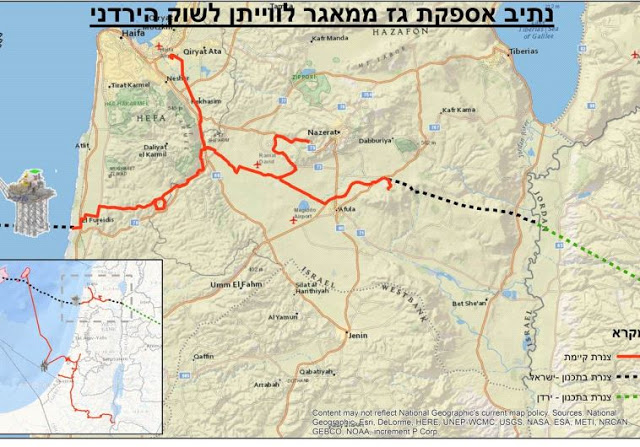 
The Jordanian Construction Contractors Association (JCCA) will not compete for any tenders floated by the government to build a gas pipeline to bring gas from Israel into the Kingdom, Ahmad Yacoub, the syndicate’s president, said on Tuesday.

The association, which groups some 3,000 construction contractors firms, sent letters to its members stating its position on the project and demanding them not to participate in any tenders to build the pipeline, he said on Tuesday.

“We consider taking part in building the gas pipeline as betrayal to all those who died defending Palestine…. We will not support or be part of any project that supports the Zionist entity,” Yacoub said in a phone interview with The Jordan Times.

In September 2016, the National Electric Power Company (NEPCO) signed a 15-year agreement with Noble Energy, a Houston-based company that holds the largest share in the Israeli Leviathan Gas Field, to purchase $10 billion worth of natural gas supplies.

The government then said it would import 250-300 million cubic feet of natural gas per day from Noble Energy, which is expected to save around JD700 million annually of the country’s energy bill.

I don’t know how much control this association has over its members.

Historically, Arabs who dared to violate boycotts of Israel/Jewish businesses were in danger of being attacked themselves.

Obviously, the Jordanian government needs this natural gas and will not just give up because of this statement.

But there is one easy way to make sure that lots of Jordanian companies bid on this lucrative job despite the demand of the JCCA: Have Israeli construction firms bid for the job!