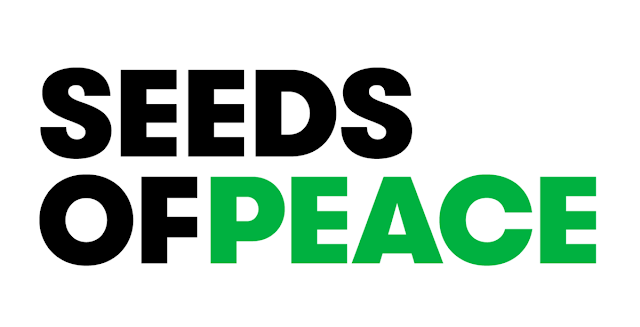 Haaretz reports that Joe Biden will be the featured speaker at a fundraiser for coexistence program “Seeds of Peace”:

Former U.S. Vice President Joe Biden will speak next month at a gala dinner for Seeds of Peace, an international educational organization famous for promoting co-existence between Israeli and Palestinian teenagers. The organization will be celebrating 25 years to its foundation in early May, and Biden will give a keynote speech at a New York City event celebrating the occasion. The speech will be his first public appearance at an event related to Israel since leaving the White House last January.

Every once in a while there will be a feel-good article about an initiative like Seeds of Peace. But the news story that you will almost never see is how the Palestinians are so dead-set against these programs.

And so is UNRWA!

The best synopsis of the problems that Seeds of Peace and similar programs have in the territories comes buried in the middle of this 2014 Haaretz article on the group:

The idea of bringing together ordinary Israelis, Palestinians and others from conflict zones in a neutral setting so they can meet and get to know each other across the sectarian divide is such an obviously good idea that few in Israel have dared to challenge its basic assumptions.

Not so on the Palestinian side, where any hint of “normalization” with the Israeli occupier has become a crippling curse. The Seeds of Peace center in Jerusalem was closed at the start of the Second Intifada after Palestinian schools, including those operated by UNRWA, refused to endorse their pupils participating in its activities.

UNRWA is against Palestinian and Israeli children becoming friends!


The Canadian Foreign Ministry was shocked to discover several years ago that many of the Palestinian groups receiving funds from foreign donors to operate people-to-people programs were refusing to publicize them on their own websites because of the “normalization” stigma.

Palestinian groups are happy to take Western money for these programs, but actively try to quash any such activities.


The results of the first quantitative survey of Palestinian participants in such programs in 2008 were so shocking they were suppressed by the donor government that commissioned it.

91% of Palestinian youths who responded said they were no longer in contact with any Israelis that they had met through the program. 93% said there was no follow-up to initial activity that they had participated in. Only 5% agreed that their program had helped “promote peace culture and dialogue between participants” and a mere 11% came away believing that “there is something that unites us with the other party.”

Seeds of Peace is a failure in its goal of creating a new generation of leaders who care about peace, and it doesn’t take much research to conclude that the entire reason for its failure is because Palestinian society is overwhelmingly against anything that smacks of “normalization.”

But thanks to Palestinian hate, Seeds of Peace is a failure in its original goals.