It was bound to happen. The appointment of the Jew Rene Trabelsi as Tourism Minister in the Tunisian cabinet has unleashed a storm of criticism. Trabelsi is accused of being too sympathetic to Israel, which he has visited several times. YNet News reports: 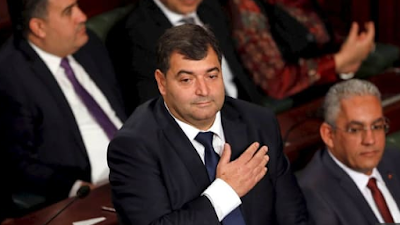 The appointment of a Jewish businessman, Rene Trabelsi, as Tunisia’s tourism minister is causing a firestorm in the country, Hadashot TV reported on Sunday.
The Tunisian parliament last week approved Trabelsi’s appointment as part of a cabinet reshuffle proposed by Prime Minister Youssef Chahed.

Trabelsi, in becoming minister of tourism in the Muslim Arab country, became only the third member of the small minority of 2,000 Jews to enter a cabinet since Tunisia’s independence in 1956.

Trabelsi is considered pro-Israel. Over the past few years he has visited Israel several times and even believes that Tunisia should maintain diplomatic relations with Israel.

This fact, according to Hadashot TV, has resulted in many demanding his dismissal.

“The appointment of Tunisian Jew Rene Trabelsi as minister of tourism is one of the main issues that sparked controversy and debate among public opinion,” said Ziad al-Hani, an expert on Tunisian politics who resides in Tunis who was quoted in the report.

“Many claim that he is unable to head the ministry because of conflicts of interest. He was the owner of tourism agencies and airlines. This contradicts his role as minister. He is also accused of supporting normalization with Israel. He makes repeated visits to Israel and brings from there Tunisian Jews to visit the synagogue in Ghriba,” he added.

Mohamed Abu, who heads the Tunisian Democratic Movement, was quoted in the report as saying that there is no connection between the religion of the new minister and the opposition to his appointment.