In Friday’s linkdump, there was an item about the late Stan Lee’s final essay about how comic books tackled the issue of the Holocaust:

Amidst all the thrilling tales of superheroes foiling evil villains, my colleagues and I have more than once used the pages of comic books in an effort to educate readers about real-life topics.  When I wrote the storyline about drug abuse for three issues of Amazing Spider-Man in 1971, and when Neal Adams and Denny O’Neil created stories about drugs, racism, pollution, and other hot-button subjects for Green Lantern/Green Arrow from 1970 to 1972, we were no longer just comic- book creators.  We were also teachers.

I’m very proud that comic creators have taught about the Holocaust, too….

As far back as 1955, Al Feldstein and Bernard Krigstein created the astounding comic story “Master Race,” about an encounter between a Holocaust survivor and a Nazi war criminal.  To this day, that story gives me chills.  As far as I know, it was the first attempt by comic creators to address the Holocaust and, appropriately, it is the first story in this volume.

I found the story. It is quite good. 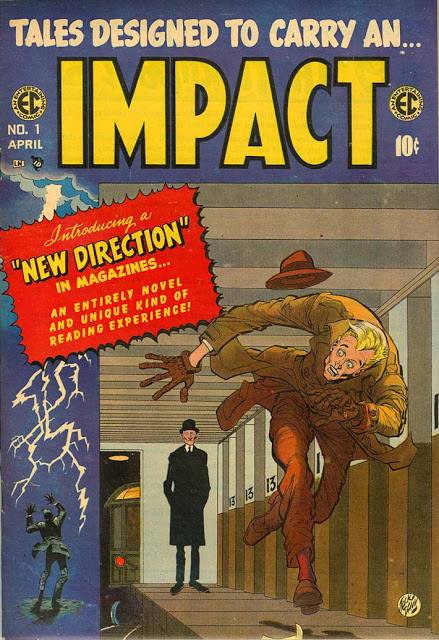