Samer al-Mahrum, a member of the PFLP terror group, was sentenced to life in prison for the 1986 murder of yeshiva student Eliyahu Amadi in the Old City of Jerusalem in 1986. He was released in the Shalit deal after 25 years of his sentence, but was re-arrested in 2014.

He managed to smuggle out his semen and his wife gave birth to a child last December.

Al Mahrum is now celebrated as one of the more prominent hunger strikers in prison.

Mahmoud Abbas’ Fatah Facebook page highlighted a news story from the official Palestinian news agency WAFA  about how awful his family situation is because of his imprisonment and how difficult life is for his wife and mother.

Here is a screenshot from the video showing his mother holding a poster. His new baby can be seen here as well. 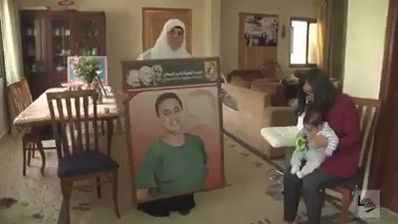 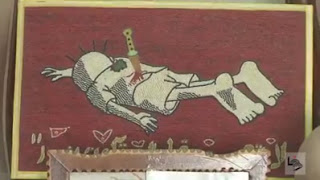 His house, decorated with images of “resistance,” is gorgeous!

How can a family whose patriarch was in prison for 27 of the past 31 years afford such a beautiful home?

It is because the terrorists who murder Jews get paid a handsome salary from the Palestinian Authority, which gets its budget from the West.

Yes, your tax dollars paid for the home of Samer al-Mahrum.

You can be sure that 99% of the “pro-Palestinian” protesters who say how awful Israel treats the Palestinians do not live in homes this nice. In fact, 99% of the entire world population does not live in homes that are this spacious and well decorated. Most of the people living in Egypt or Jordan would kill to live so well as this poor, deprived family who openly show their allegiance to terror groups. 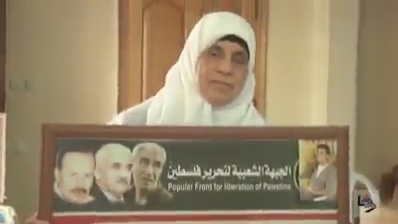 It pays to be a Palestinian terrorist.

Here is a photo of Eliyahu Amadi, his victim. 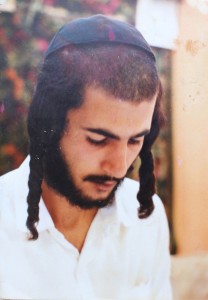 (Incidentally, one of the others who was convicted in Amadi’s murder was Omar Zayed. He went on on his own hunger strike and escaped from the hospital in 1990, managing to get to Bulgaria where he married and had a nice life until Israel requested his extradition. He fled to the Palestinian embassy in Bulgaria where he was not very welcome and then was found dead under mysterious circumstances.)