A new Knesset lobby calling for the reform of the United Nations Relief and Works Agency (UNRWA) was launched this week. Although Jewish refugees from Arab countries do not figure in the debate, the lobby is an attempt to end the status of Palestinian refugees, which can be passed on from generation to generation, and treat them like other refugees. 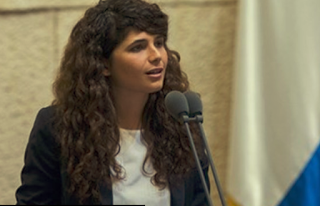 The Knesset Lobby for UNRWA Policy Reform, which is chaired by MK Sharren Haskel (Likud), will hold its first session tomorrow (Wednesday) in the Likud Conference Room in the Knesset.
The session will deal with UNRWA’s policy of eternally perpetuating the refugee status of the Palestinian Arabs. Palestinian Arabs are the only population in the world whose refugee status is inherited, and are the only refugees who do not fall under the purview of the United Nations High Commissioner for Refugees (UNHCR).

The session will also deal with the prevalence of incitement against Israel and Jews in the textbooks used in UNRWA schools.

David Bedein, the director of the Center for Near East Policy research and the initiator or tomorrow’s event, explained why the lobby will focus on reforming UNRWA instead of abolishing the organization.
“​UNRWA operates under the mandate of UNGA, [the] United Nations General Assembly, and only they can “dismantle” UNRWA,” Bedein explained.
“If Israel​i​ and ​Western democratic nations were to cut funds to UNRWA, two scenarios ​would likely​ occur:​
“1.​ The radical Islamic state of ​Qatar, which has established a ​​presence in Gaza and in Judea/Samaria​, would ​likely step in to replace any income lost from ​West​ern cuts to UNRWA​.
“2. Saudi Arabia, which recently increased its funding of UNRWA to become the number three donor, would ​likely ​increase its contribution to UNRWA.”