Abdulaziz Alshatti is a Kuwaiti fencer who refused to compete against an Israeli (Grigori Beskin) at a major competition in Switzerland last month.

He didn’t even pretend to be sick. The Kuwaiti National Assembly tweeted their thanks to him when it happened, and said that he refused to play “even though he is a better fencer than his opponent.”

Alshatti is ranked 212, while his Israeli opponent is ranked 68.

The International Fencing Federation (FIE) did not do a thing to penalize him. He is still scheduled to compete in upcoming events.

Now, Alshatti is being honored by the Palestinian ambassador to Kuwait. He was presented with a commemorative gift as well as a souvenir and medal presented by the members of the Palestinian community in Kuwait to express their appreciation for his “heroic position.” 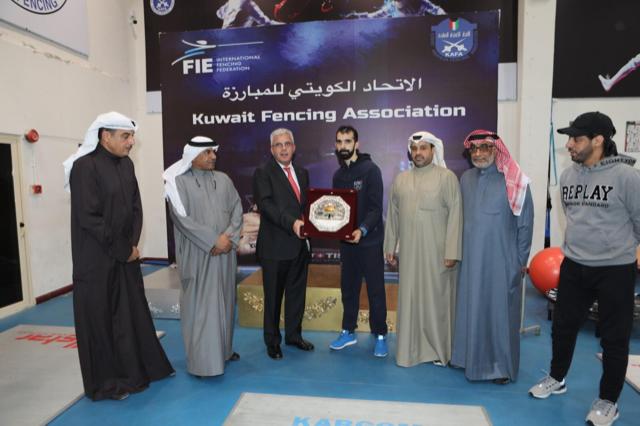 The ceremony was held in front of the logo of the  Kuwait Fencing Association and the International Fencing Federation.

Apparently, the FIE is fine with people politicizing its sport and its name.