US Secretary of State John Kerry made a long-awaited speech yesterday about the outgoing US government’s approach to the Arab-Israeli conflict. The speech enunciated six principles. On refugees, Kerry said:

The plight of many Palestinian refugees is heartbreaking, and all agree that their needs have to be addressed. “As part of a comprehensive resolution, they must be provided with compensation; their suffering must be acknowledged and there must be the need to have options and assistance in finding permanent homes. The international community can provide significant support and assistance. I know we are prepared to do that, including and raising money to help ensure the compensation and other needs of the refugees are met. And many have expressed willingness to contribute to that effort, particularly if it brings peace. But there is a general recognition that the solution must be consistent with two states for two peoples, and cannot affect the fundamental character of Israel.” 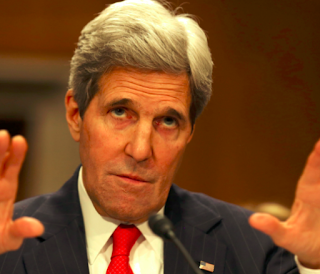 
David Harris , writing a letter to John Kerry in the Huffington Post , spotted that something was missing from Kerry’s speech – 850,000 somethings, to be precise:

“One of your six principles was resolution of the Palestinian refugee question. I waited for you to add in that section some reference to the Jewish refugee question, but, alas, there was none. Mr. Secretary, as you know, there were two, not one, refugee populations created by the Arab-Israeli conflict, and they were of roughly equal size. Just because one has been kept alive by UNRWA and the absence of any mandate to resettle refugees (and, I’d add, their descendants in perpetuity), while the other has been dealt with by people who refused to be instrumentalized and chose to move on with their lives, the tragedy – and the claims – of both populations require attention.”