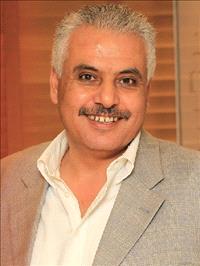 Jordanian newspaper Al Ghad has an explicitly antisemitic article by Jihad al Mansi that compares Palestinians to Jesus for being victims of Jewish aggression.

There in Jerusalem, yes, in Palestinian Jerusalem, almost two thousand years ago, extremist Jews tortured Jesus Christ, indulged in his torture, and rejected the message of peace he had given, called for, and sought to spread among the people.

Yes, nearly two thousand years ago, those murderers tortured Christ and his disciples, and sought to kill peace and love. They refused to coexist, made hatred to kill love, and robbed people of their joy, security, and tranquility.

In Palestinian Jerusalem two thousand years ago, Jewish militants exposed their true face to the people, showing their hatred for life, their rejection of love, tranquility and joy. They decided to hijack peace and kill it, poisoning the earth with hatred and rejection of the other.

Paradoxically, the descendants of these same people, 2,000 years later, are still practicing their own ancestors’ passion to kill peace and love in people. They are still trying to prevent the holy flame from continuing in the Church of the Holy Sepulcher.

Two thousand years ago, they rejected what Jesus had said of brotherhood, peace and love, and their descendants continue to reject them to this day. They practice a deep hatred against all those who believe and seek peace, denying the resurrection of Christ.

They desecrated the religious places, stole the land, and sought to create false truths that had no basis or history, and to steal cities that were not theirs, and temples that were not for them. They are connected to them, looking for an impact they will not find, and a Temple that has no basis in Jerusalem or in all of Palestine.

O ye who have practiced in the killing, ye rogue thieves have come out of the cradle of our Christ, Christ is ours… We tell the world that you have to distinguish between the murderer and the dead, between the victim and the executioner, between the thief and the owner. You have to know that Jerusalem since the days before Christ has been Canaanite Palestinian, it was and will remain so, and that the holy sites are Islamic or Islamic under Hashemite guardianship. For those sitting in the White House let the land of Palestine know that Jerusalem is Palestinian, Canaanite Arab, and that the deal of your century or any imaginary understandings will not pass.

There seems to be a fair amount of psychological projection here for someone who claims to value love and be against hate.