On Friday, the leaders of various Gaza terrorist organizations met to discuss how to counter the expected “Deal of the Century.”

The head of Hamas’ “political bureau” Ismail Haniyeh said he is ready to meet with PA president Mahmoud Abbas any time to fix the decade-long rift between the two groups in order to put up a united front against the plan.

Islamic Jihad  official Navez Azzam said that the “deal of the century” threatens the entire Arab region and not only the Palestinian cause, because the Arab countries that normalize relations with Israel fracture the Arab world. He said, “Israel is well aware that it will remain in constant danger as long as the Palestinian issue is alive.” Which is, effectively, an argument against ever having peace with Israel under any circumstances.

The PFLP said, “The deal of the century is not new. It is the completion of the Balfour Declaration.” it and the DFLP stressed how important it is for Hamas and Fatah to get their acts together and stop infighting.

The meeting took place in a ballroom of the Gaza Commodore Hotel, which cannot be cheap to rent. But there are no photos of any audience member.

If it was a working meeting, it would have been around a conference table. This was set up as a set of speeches.

There were a couple of dozen of people making speeches – to no one but each other. 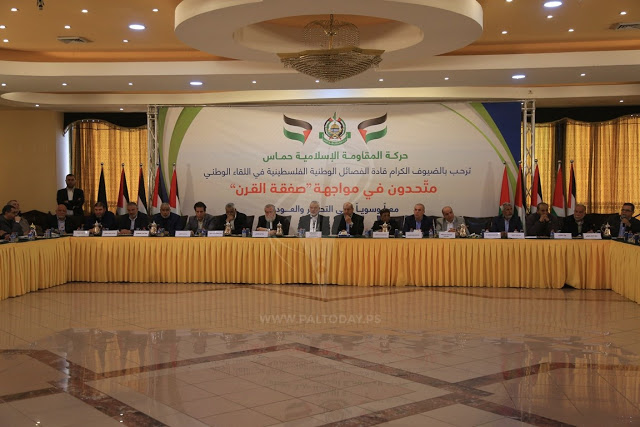 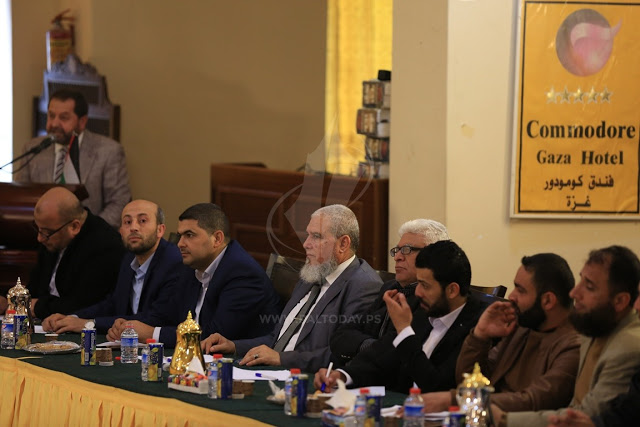