A report on Israel’s army radio stating that the handful of Jews still in Egypt will have to pay the cost of repairs to an Alexandrian synagogue has been dismissed  as ‘fake news’. 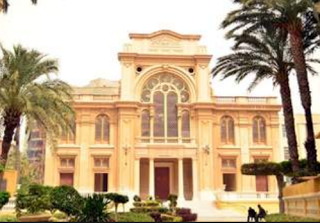 The Eliyahu Hanavi synagogue in Alexandria

Levana Zamir, head of the Association of Jews from Egypt, corrected the impression on her Facebook page that Egypt’s few Jews – numbering no more than five in Alexandria and six widows in Cairo – would have to bear the financial burden of repairs to the Eliyahu Hanavi Synagogue, where the roof of the ladies’ gallery has collapsed.

She added that the cost of renovation is a respectable $5.6 million, not the $22 million quoted by some sources.

A synagogue has stood on the site for 2,000 years, but it was in the 19th century that the present grand Italianate building was erected in Nebi Danel street, Alexandria – the biggest in the Middle East.

The money for renovation comes from the US and is mainly for the preservation of Egypt’s Pharaonic heritage. However, after pressure from the American Jewish Committee and organisations representing Egyptian Jews around the world, a sum was allocated to repairing the synagogue.

Of Egypt’s sixty synagogues, only 13 are still in good order. Levana Zamir would like to see more money go to restoring these sites.