JIMENA is sponsoring a screening of Remember Baghdad at the Silicon Valley Jewish Film Festival. Here JIMENA’s founder, Gina Waldman, talks about her own story as a Jewish refugee from Libya, JIMENA’s achievements, and what she liked about the film. Contrary to the impression the film might have given,  she stresses that most Jews are legally barred from returning to Arab countries and have no interest in doing so. Interview by Michelle Shabtai and Karen Winokan of SVJFF.

SVJFF: What has JIMENA accomplished that you’re particularly proud of?

WALDMAN: One thing I’m extremely proud of is how we’ve put our story into the narrative of the Middle East. It was practically non-existent beforehand. Most people familiar with the refugee story during that time, would refer only to Palestinian refugees, ignoring the fact that we Jews also have a narrative. Another thing that has happened is that we’ve pushed the Israeli government, which had completely neglected our narrative because they didn’t see the importance of it. The Palestinian refugee issue needs to be addressed, but to recognize one and ignore ours is not right and not just.

JIMENA uses education to create an awareness of these narratives. We’re now partnering with Beit Ha’Tfutzot—the Museum of the Jewish People in Israel. All our data, stories, history and photographs are going to be included in their website. Every researcher, whether sitting in Timbuktu, Mali, Kenya or anywhere else, will be able to tap into the JIMENA story and learn about it. The Israeli government is also finally collaborating with is to collect hundreds of testimonies from Jews of Arab countries. Ben-Gurion University of the Negev has been curating JIMENA’s oral history collection and students have written theses. The main thing is, that if we once said that nobody knows our story, we can’t say that anymore. We have an abundance of historical testimonies that are extremely powerful, so there’s a lot we can be proud of.

SVJFF: What drew JIMENA to sponsor the screening of “Remember Baghdad”?

WALDMAN: Movies are an effective educational tool. It’s important for the public to see how Jews lived in countries besides Poland or Russia, and how they co-existed in other places. Also, I’m totally sympathetic to some of the narratives that were relayed in the film. The lifestyle of the Iraqi Jews back then differs from the lifestyle Jews experienced in other Arab countries. Besides Moroccan Jews, who can visit Morocco if they choose to, no other Jews are allowed to visit in Arab countries, let alone live there or purchase property. It’s part of the law—you were given an exit visa, you became a refugee, and you can’t claim it back as your country, they will not take you back. If I were to go back to Libya, the first thing they would probably do is arrest me.

Edwin Shuker, the protagonist in the film “Remember Baghdad” wanted to buy property in Baghdad, to hang onto that last remnant of his family history. I could really relate to how extremely nostalgic he was about his background and growing up in Iraq. Realistically speaking, Jews could not live in Iraq today. Antisemitism is even stronger today in the Arab countries than it was when Jews were living there. While JIMENA respects the hopes and aspirations of refugees from the Middle East and North Africa, as an institution we are committed to representing the greater interests of Jewish refugees from Arab countries. Of the one million Jews who fled or were ethnically cleansed from the region, 650,000 settled in Israel and are legally barred from entering the countries that exiled them – including Iraq.

We confidently believe the vast majority of Jewish refugees and their descendants have no interest in returning to countries that violated their basic human rights and confiscated their assets and communal property as they fled or were expelled. Edwin is a friend of JIMENA and we appreciate his advocacy—however, we view his desire for Iraqi Jews to buy property in Iraq as an anomaly opinion that we don’t endorse.

SVJFF: What was especially meaningful for you in the film? What did you like about it? What do you think makes it significant today? 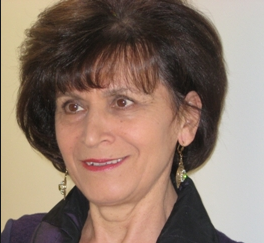 WALDMAN: I think that would be the part about identity, for better and worse. On the flip side, the film portrays very sad moments. Most of the people interviewed share the anguish of the Farhud, or pogrom, which also happened in Libya. I think it was 1945 when people in Libya took to the streets. People were murdered. My father was a young man at the time and volunteered to bury the severed bodies of his friends. This traumatized him for the rest of his life. My mother ran from rooftop to rooftop until she was saved by Christian woman who hid her in her house. All this came back to me when watching the film. Righteous Arabs, who saved the lives of Jews, should not be overlooked. When I was hiding with my family in the garage of my British employer there was a mob that came to burn down my parent’s house. My Arab neighbor came out of his house and told them that there were no Jews living there, only him and his family. He said, “Do you want to kill your fellow Muslim? Go away from here, I’m an Egyptian!” He saved my family’s lives, so I always mention him when give a presentation. Jews who left their houses were knifed to death.

On the other hand, Jews from the Arab countries identify very strongly with their own tradition and culture. In the film, it’s when you see David Dangoor looking through the photo album at the wonderful, smiling faces of people who loved living in the community where they lived. There was a sense of belonging. In countries where Jews were oppressed, like in Arab countries, Jews stuck together in their insular communities. Since we couldn’t afford to leave the walls of the community, we developed strong friendships, bonding closely with one another, embracing one another with love and affection, where we cared for and helped one another. This is an innate part of how I grew up. In the film, when David Dangoor shows the place where parties took place and people gathered together, whether it was for a Bar Mitzvah or any other event, there was this sense of harmony. When you leave a place, this is something you lose. My family, who stayed in Rome after we left Libya, are part of a community that really stick together. They have their own synagogue, marry members of the same community, continue traditions, they are very, very strongly tied together.

When you come to the USA and scatter across the country you lose a lot of the sense of identity. I cook a couscous dish that is typical of Tripoli and I’m the only one who knows what that’s all about because none of my friends would know.

Cross-posted at Times of Israel (with thanks: Imre)

More about Gina Waldman and JIMENA