Archaeologists have uncovered the oldest known instance of the word “Jerusalem” spelled out in full, on an ancient stone carving that was once part of an ancient pottery workshop, the Israel Antiquities Authority (IAA) and the Israel Museum in Jerusalem, announced today (Oct. 9).

On earlier inscriptions, Jerusalem was spelled “Yerushalem” or “Shalem,” rather than “Yerushalayim” (pronounced Yeh-roo-sha-La-yeem), as it is spelled in Hebrew today.

The carving — which was written in Aramaic and says “Hananiah son of Dodalos from Jerusalem” — dates to the first century A.D., making it about 2,000 years old, according to the IAA. 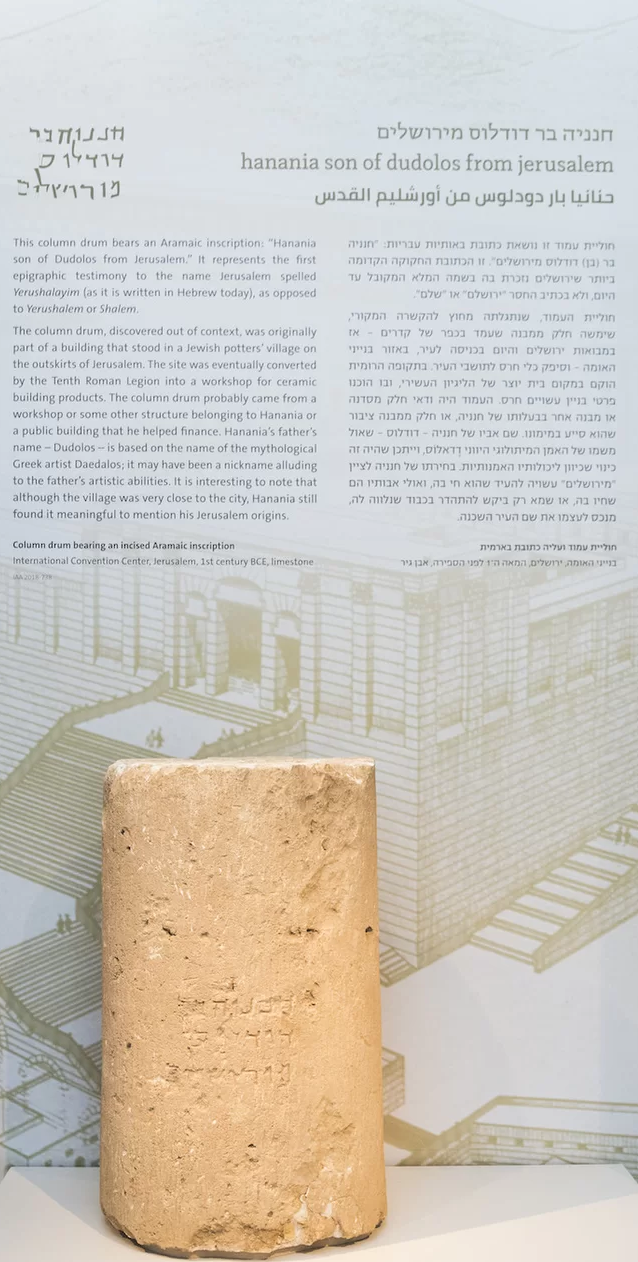 The evidence of a Jewish nation in the area is one of the best documented facts there is, with hundreds of artifacts and many mentions in contemporaneous writings.

But since that fact is inconvenient to Palestinians, they simply deny it.

Last week the Palestinian site Amad had an entire article by Bakr Abu Bakr claiming that the Land of Israel was never in what became known as Palestine.

The article says that  “there is no connection between the myths and legends of the Torah – written hundreds of years ago – and the names of cities, villages, valleys and mountains in Palestine.”

He says that Israeli archaeologists like Israel Finkelstein and Ze’ev Herzog show that there was no Jewish nation. Of course, they make no such claims – they just say that the Biblical accounts of the nation are not accurate, but they do not deny the existence of the kingdoms of Judah and Israel.

Of course, Abu Bakr also claims that today’s Jews have nothing to do with the Jews of history and are Khazars. Besides being debunked by history and genetics, this doesn’t explain Jews who lived in Arab lands, but no matter.

The Arab denial of basic history and science is not a small thing. They know that they are not the indigenous people of the land, and Jews are the only people in existence today who can make that claim. The fundamental basis of the people claiming Arabs are indigenous – and building their arguments by comparing them to First Peoples worldwide – is completely opposite the truth, and Zionism is not only not colonialist but is a movement for the indigenous people to reclaim their  lands.

This is the message that must be obscured by Arabs and their leftist Western friends at all costs.