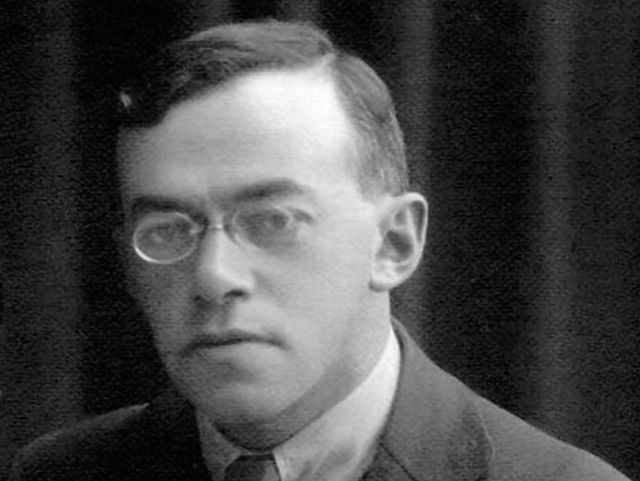 Mosaic Magazine has translated, into English, for the first time, a 1911 essay by Ze’ev Jabotinsky called “Instead of Apologizing.” In the essay, Jabotinsky describes how Jews should react to the blood libel that was still popular at the time, and his advice applies very well to the similar libels hurled against Jews and Jewish nationalists today.

Read the whole thing, but here are large excerpts, perhaps 40%  of the essay:


Taking a long, hard look at the current penchant for accusations of ritual murder, one is left with a most oppressive feeling—a feeling that any impressionable individual will find hard to bear. Just think about it: these things are being said about us—about me, about you, about your mother! So whenever we Jews speak with a Gentile, we must remain aware, every one of us, that our interlocutor may at that very moment be cowering to himself and thinking, “How do I know that you, too, haven’t been tippling from the glass of ritual murder?” Just try and get your head around that! I mean, when it comes down to it, this is even worse than everything else we have to put up with in this prison of a country.

I can imagine that an impressionable person—if he reflects on this accusation and all of its ramifications—may be driven mad with resentment and despair, or at least will need to sob and tear his hair out. A person less fainthearted but still naïve will need to run outside and grab passersby by their coattails and try to prove to them, until his throat is hoarse, that this is slander and that we are not guilty of anything of the sort.

But in the end someone who has been blind from birth (and we have very many people like that) will take a different course of action. He will console himself with the usual soothing phrases: that no one really believes in such absurdities; that even those making the accusations do not themselves believe them; that the blood libel is merely a political tactic; that the entire sensible segment of the Christian community (which naturally constitutes its majority) will never listen to such slander, and is even scandalized by it—in a word, that everything is just fine…

I am not one of those impressionable people who cry out in amazement, nor am I one of those naïve people who make excuses, nor one of those blind-from-birth folks who cannot see what is happening right under their noses. I must dissociate myself most emphatically from the last category. It is all very fine and convenient to imagine that your enemies are mere charlatans and fraudsters, but in the long run this kind of oversimplified explanation of an enemy’s psychology always leads to the severest outcomes. By no means are all of our enemies dimwits, and by no means are all of them liars. I strongly advise my coreligionists not to delude themselves on that score.

…For several years now, Jews in Russia have all too frequently found themselves sitting on the defendants’ bench. That is not their fault. But what definitely is their fault is this: they have been behaving like people on trial for a crime. We are continually justifying ourselves at the top of our voices. We swear that we are in no way revolutionaries, we do not shirk our soldierly obligations, and we haven’t sold Russia to the Japanese.

Then out jumps [the Jewish socialist terrorist Evno Fishelevich] Azev and we start swearing that we are not guilty, that we are not at all like him. Out jumps [the Jewish anarchist assassin Dmitry Grigorievich] Bogrov and once again we are being hauled into the dock by the scruff of our necks and once again we take on the role forced on us and we start justifying ourselves.

Now they have raised a rumpus over ritual murder, and once again we have taken on the role of prisoners on trial: we press our hands to our hearts, with quivering fingers we leaf through old stacks of supporting documents that no one is interested in, and we swear right and left that we do not consume this drink, that never has a drop of it passed our lips, may the Lord smite me on the spot. . . .

How much longer will this go on? Tell me, my friends, are you not tired by now of this rigmarole? Isn’t it high time, in response to all of these accusations, rebukes, suspicions, smears, and denunciations—both present and future—to fold our arms over our chests and loudly, clearly, coldly, and calmly put forth the only argument which this public can understand: why don’t you all go to hell?

What kind of people are we that we have to justify ourselves before them? And who are they to demand it of us? What is the point of this whole comedy of putting an entire people on trial when the verdict is known in advance? How does it benefit us to participate voluntarily in this comedy, to brighten up these villainous and humiliating proceedings with our speeches for the defense?

Our defense is useless and hopeless, our enemies will not believe it, and apathetic people will pay no attention to it. The time for apologies is over.

…We think that our continual readiness to subject ourselves without a murmur to searches, to turn out our pockets, will finally convince humanity that we are honorable people. We are constantly saying, “Look at us! We are such gentlemen! We have nothing to hide!”

But that is an outright error. Real gentlemen will never allow anyone to search their apartments, their pockets, or their souls for any reason whatsoever. Only people under surveillance are prepared to be searched at any time of day or night. And that is precisely the position we are putting ourselves in, thus tempting the most terrible danger of all: suppose we are framed for theft?
…The reason that we are not liked is not because all kinds of accusations are leveled against us: no, they level accusations against us because they do not like us.
That is why there are so many of these accusations; that is why they are so diverse and so contradictory. One day people are shouting that we exploit the poor, the next day that we are sowing socialism and leading the poor to revolt against their exploiters. One Polish newspaper recently claimed that the Jews partitioned Poland and handed it over to the Russians, while a hundred Russian newspapers claim that Jews want to partition Russia and hand it over to Poland. The Italians are saying that attacks on them in the European media are organized by the Jews, and the Turks are saying that the Jews put Italy up to capturing Tripoli [in its 1911 invasion of Ottoman Libya].
What is the point of reacting to all of this shrieking and barking with sworn statements, reassurances, and pledges? There is no point, and it should be unthinkable to behave thus. As soon as we rebut one argument, another is born. There are no limits to human spite and stupidity.
We have nothingto apologize for. We are a people, just like all peoples; we have no pretensions to be any better. One of the first conditions of equal rights is that we claim for ourselves the right to have our own blackguards, just as other peoples have theirs.  Yes, we have subversives, human traffickers, draft dodgers. Not only do we have them, but what is truly odd is that we have so few of them under present circumstances. Other peoples have an abundance of this kind of human asset, as well as embezzlers, pogromists, and torturers. But so what? They live side by side as neighbors and have no scruples about it.
At the end of the day, whether they like us or not should make no difference to us whatsoever. We do not practice ritual murder, and we never did; but if they absolutely must believe “there is this one sect . . . ,” well, let them go ahead and believe whatever their imaginations come up with. What business is it of ours and why should it worry us? Do our neighbors blush because Christians in Kishinev hammered nails into the eyes of Jewish infants [during the bloody 1903 pogrom]? Not at all. They walk along with their heads held high—and quite rightly, because the persona of a people is sovereign, is accountable to no one, and is not obliged to explain itself, even when something happens that requires explanation.
Why should we be happy to be thrust into the dock—we who have heard these same slanders for centuries, and know what they add up to, for ourselves and for them? We are not obliged to give account to anyone, we are not sitting for an exam, and no one is entitled to demand an answer from us for any charge he wishes to direct our way. We were here before them, and we will be leaving after them. We are fine just the way we are. We will not be any different, nor do we want to be.