For the first time in recent history there were no Shabbat services at the Neve Shalom synagogue in Istanbul, following a violent protest last week by a fascist youth group, The Algemeiner reports. 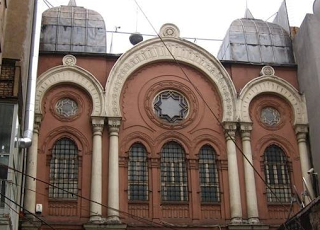 Activists from a Turkish fascist youth movement whose leader enjoys close relations with Turkish President Recep Tayyip Erdogan attacked the Neve Shalom synagogue in Istanbul on Thursday, throwing rocks at the building and kicking its doors during a protest against Israel’s decision to install metal detectors at the entrances to Jerusalem’s Temple Mount.

The group threatened further protests as it marched away from the synagogue. “We can come here tomorrow just like we are standing here today,” one of its members warned. “You will not be able to get inside.”

Turkey’s Chief Rabbinate expressed concern that more attacks will be forthcoming and urged the government to act, declaring in a statement: “We condemn the provocative act in front of the Neve Shalom synagogue and expect the authorities to do what is necessary.”

On Friday afternoon, the community announced that it had taken the “unprecedented step” of closing the synagogue for shabbat services on both Friday night and Saturday.