TOP NEWS
http://elderofziyon.blogspot.com/2020/09/israeli-arab-mayor-of-taibeh-has-map-of.html
Makor Rishon reports that Shuaa Masarwa Mansour, the Arab mayor of Taibeh, in central Israel, was recently interviewed by that paper about COVID-19 and the reporter noticed that he has a map on his wall showing all of “Palestine” without Israel. 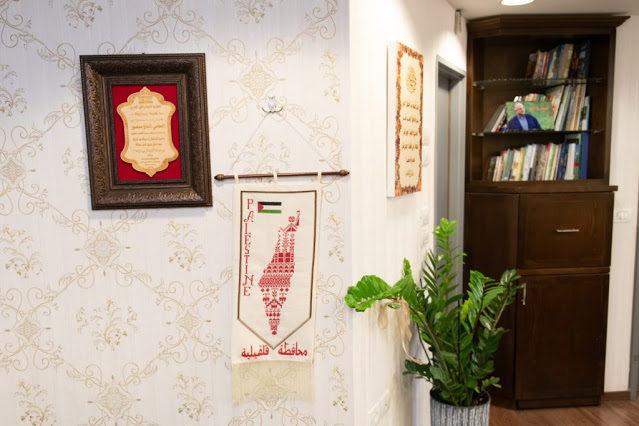 Also, above his head in his office space are the “keys” that symbolize the Palestinian “right of return” to destroy the Jewish state. 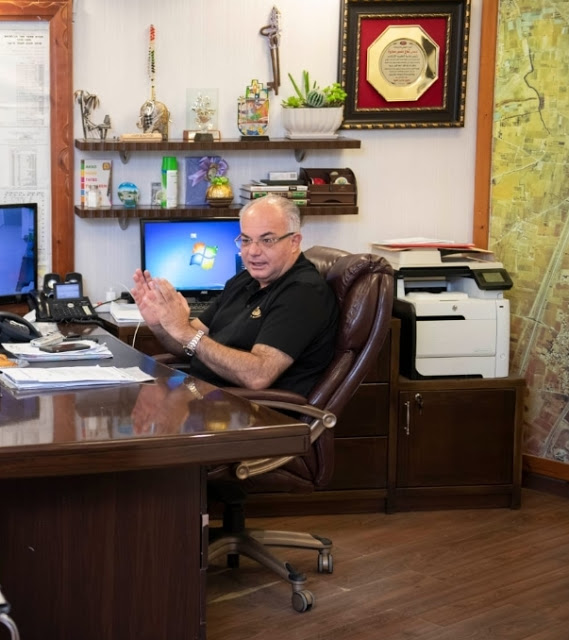 This is an Israeli mayor who is openly advocating a position of destroying Israel.
When Makor Rishon asked for explanations about the map, the mayor answered: “Qalqilya’s governor and city council members came to greet me when I won the election, and brought me this gift of a map of Palestine. They see Taibeh residents as one people and an integral part of Palestine, so they brought it as a gift.”
That’s fine – but he chose to display it in his home.
Many Israeli Arabs are patriotic citizens of Israel. When a prominent Arab mayor openly shows his anti-Israel positions, he can give ammunition to those who claim that Arabs should not have full rights in Israel, and that hurts everybody.
(h/t Yoel)