Check out their Facebook page.
If You Don’t Stop Bombing Aleppo, I’ll Threaten To Make Threats!
By John Kerry, US Secretary of State 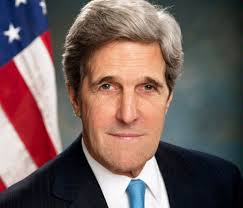 President Putin, the time has come for a fateful decision. Either you want to pursue a resolution of the Syrian conflict by diplomatic means, or you do not. But whichever choice you make, know that if you choose war, I will see no choice but to threaten to issue threats against you. You have been forewarned.
Everyone knows Russia has always seen a foothold in the eastern Mediterranean as a strategic asset that must be maintained. But bombing entire neighborhoods into rubble, including the last remaining hospitals in Aleppo, is no way to achieve long-term stability. Even if Assad survives, his hold on what remains of Syria will never be what it once was. You must see that. And you must also see that the US has never failed to defend its own strategic interests. Cross us once more and you will face the full wrath of my ability to make threats that threaten drastic threats I may yet regret making.
You are a reasonable man, Mr. Putin. Reasonable men do not engage in unwise brinkmanship. I have been restrained in my rhetoric until now, but until now the carnage in Syria has been limited to that inflicted primarily by Assad, not your forces. Now that the situation has changed for the worse, and the civilians of Aleppo are being bled to no one’s benefit, you leave me no choice but to consider implying that I might warn you against further such violence by saying such violence would incur a further warning.
To make matters worse, you have stationed batteries of advanced S-300 surface-to-air missiles in Syria, in anticipation of US action to thwart further carnage. I must warn you, Mr. Putin, such measures will only result in my issuing further remonstrations to the effect that if this mayhem continues, I will do it again. And again, if necessary, Mr. Putin. I will not waver from this path. You will find me a determined adversary. When I threaten to make threats, I follow through. Make no mistake.
This is the last time I warn you, Mr. Putin, before I warn you again. I have never been as serious and determined about any course of action as I am about this one. The bloody games stop here and now, Mr. Putin, or else I will take the unprecedented step of following through on a threat to issue a serious threat.
You have been warned.