Nissim Attiyeh was a member of the Arab Section, a small group of Arabic-speaking spies sent to gather intelligence in Israel’s early years. He died on a mission among the Arabs of Jaffa. A special unit in the Israeli army is tasked with finding and bringing back home the bodies of fallen men like Attiyeh. Matti Friedman, author of Spies of No Country,  reports for the Globe and Mail (With thanks: Simone): 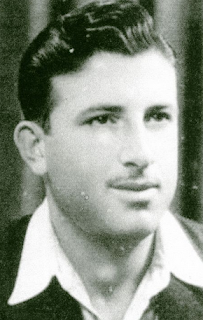 Two days before Attiyeh set out on his last mission, two of his comrades from the Arab Section were caught in the Arab city of Jaffa. Both were young Jews recently arrived from Iraq. They claimed to be Arab workers, but their cover stories were blown by perceptive members of the local Arab militia. The militiamen interrogated the suspicious pair, took them to some dunes outside town and shot them both, burying them in an unmarked grave.

The trigger for Attiyeh’s dispatch two days later appears to have been an attack by Arab fighters on a Jewish convoy. He was supposed to pick out a route for a retaliatory raid and report back the same evening. But, like his two unlucky comrades in Jaffa, Attiyeh caught someone’s eye. His cover must have slipped. He’s assumed to have been executed in one of the nearby orchards, but no one knows for sure; he just disappeared.

Nissim Attiyeh, and the two spies killed in Jaffa the same week in December, 1947, were the first fatalities of Israeli intelligence.

In the offices of the missing-soldier unit, known by the Hebrew acronym EITAN, there are 95 files still open from the 1948 war. A team of about 50 active researchers is tasked with closing them – a hybrid outfit of detective-historians, not regular soldiers but rather reservists called up for a few weeks a year. In their real lives, some of the researchers are academic historians. Others are policemen, or computer programmers.

The necessary personality type ranges from patient to pedantic. They might spend years on one case. The rule is that they can never give up. The unit’s commander, Lieutenant-Colonel Nir Israeli, told me that part of his job is keeping an open mind. He’s regularly contacted by civilians with a lead or just a hunch about where a body might be found. He gets quite a few calls from psychics. “I don’t turn anyone away,” he said.

Why persist, even long after the close relatives of the missing have died, and long after it would no longer seem to matter? In the Jewish tradition, families must have a grave where they can mourn, he explained. And they need closure. “This is a commitment we make to our soldiers – we sent this person, and we have to bring them home,” Lt.-Col. Israeli said.

Reviews of ‘Spies of No Country‘