In these coronavirus days, Point of No Return is moved to reflect on the impact of epidemics through the ages. Quite a few affected the Middle East, and no doubt devastated the local Jewish communities. But the plague of 1743 brought an influx to Baghdad of 50 Sephardi families from Aleppo, led by Rabbi Sadka Hussein, born in 1699. Although he and his sons Nissim and Yacoub were to die in the plague of 1772 -3*, he exerted a significant Sephardi influence on Jewish cultural life in Baghdad.

In 1743 there was a plague in which many of the Jews of Baghdad, including all the rabbis, died. The remaining Baghdad community asked the community of Aleppo to send them a new Chief Rabbi, leading to the appointment of Rabbi Sadka Bekhor Hussein.[26]

Culturally, it would prove a decisive moment when Chief Rabbi Shmuel Laniyado of Aleppo picked his protegé for Baghdad. It is said he was accompanied by fifty Sephardic families from Aleppo.[27]
Many of them were Rabbis who were to sit on the Beth Din of Baghdad and Basra.[27]

This led to an assimilation of Iraqi Judaism to the general Sephardic mode of observance. Jewish culture revived, with communal leaders as Solomon Ma’tuk being renown for his work as an astronomer, library and piyyutim.[28] 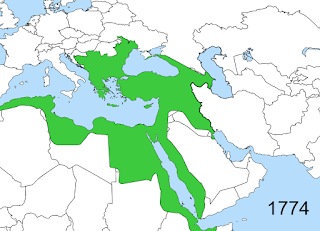 This brought the leading Jewish families of Baghdad, and with it, their Jewish practice into the network of Sephardic scribes and later printing presses established in Aleppo, Livorno and Salonica. Surviving records of the contents of the library of Solomon Ma’tuk shows a great number of books purchased from Sephardic scribes and some even originally from Spain.[29]

The 18th century saw the Jewish community of Aleppo exert a significant influence over the Jewish communities of Baghdad and Basra not only culturally but economically.[27] Syrian Jewish families establishing themselves in Iraq were often formerly Spanish Sephardic families from Aleppo. These were typically high-class families such as the Belilios family who were frustrated with the dimming prospects of Aleppo and attracted to Baghdad and Basra’s booming trade with India.

This process saw the leading Jewish families of Baghdad, Basra and Aleppo grow to be heavily interlinked through marriages, religious life, partnership and trade in the 18th century.[27]

As this process of cultural assimilation saw the Jews of Baghdad come to more closely resemble the Jews of Aleppo, economic decline in Syria, Kurdistan and Persia worsened. The 18th century saw a growing number of Jews leave from there to Baghdad, Basra or the Baghdadi-led outposts being established in the Far East.[27]

The still small and reemerging Jewish community of Baghdad became a migration destination with Jewish families settling in Baghdad from Istanbul, Aleppo, Damascus, Ana and Basra. A key driver of this was decline of the old caravan route running between these cities.[27]

There was also migration from the communities of Palestine, the villages of Kurdistan, and it is said that a handful of Jews settled in Baghdad from Germany.[27] By the early 19th century, Baghdad had been reestablished as a leading Jewish center in the Middle East. There were over 6,000 Jews in city, two synagogues and strong community institutions.[27]

This was not a golden age, however. Over time, the centralized Turkish control over the region deteriorated and the situation of the Jews worsened, but the population continued to grow very rapidly. An example of this deterioration is the persecution of Dawud Pasha, which began in 1814 and lasted until 1831. Many leaders of the Jewish community, such as Solomon Ma’tuk, were forced to flee. One of the foremost leaders of the community, David Sassoon, was forced to flee first to Busher and then to India.[30]

*This outbreak is  recorded as being one of the most severe, killing an estimated two million people in Persia (Iran) and Persian-controlled lands to the west, including 250,000 in the city of Basra alone.