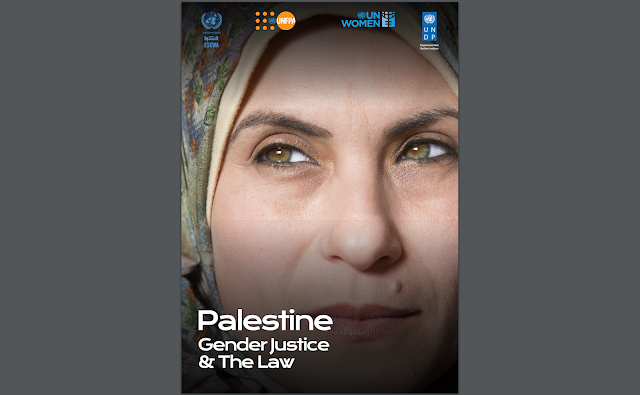 I just found this 2018 report from the UN that describes the laws that discriminate against and hurt women under the Palestinian Authority and Hamas.

I do not remember a single news article about this report when it was released. The taboo against saying anything bad about Palestinian rule is very deep – there are more international journalists in Israel and the territories per capita than anywhere else on Earth and yet they hardly ever report anything that puts Palestinians in a bad light.

Here are the Palestinian laws that the UN found problematic for women:

Adultery: Adultery is an offence in Gaza and the West Bank. In the West Bank, Article 282 of the Penal Code criminalizes adultery

Human trafficking: Palestine does not have comprehensive anti-trafficking legislation. Some provisions of the Penal Code of Jordan apply to trafficking in the West Bank.

Sex work and anti-prostitution laws: Prostitution is prohibited by Articles 309–318 of the Penal Code in the West Bank and Articles 161–166 of the Criminal Code of 1936 in Gaza.

Sexual orientation: Homosexual conduct between consenting adults is criminalized by the Criminal Code of 1936 in Gaza, with a penalty of up to ten years of imprisonment. The Penal Code 1960 in the West Bank has no similar prohibition.

Marriage and divorce: The personal status laws for Muslims require the husband to maintain the wife. A wife owes obedience to her husband. A husband can divorce by repudiation (talaq). A wife has the right to divorce on specified grounds. She can also apply for a khul’a divorce without grounds if she forgoes financial rights.

Male guardianship over women: Muslim women require consent of a wali (male guardian) to marry. There are some weak legal protections for women under guardianship. Women can seek permission from the court to marry if the guardian withholds consent without a legitimate reason.

Guardianship of children: Fathers are the sole guardians of children.

Custody of children: After divorce the mother has custody up to a certain age, but automatically loses custody of her children if she remarries. Inheritance Sharia rules of inheritance apply to Muslims. Women have a right to inheritance, but in many cases receive less than men. Daughters receive half the share that sons receive.

This list is even worse once you realize that “Palestine” signed the Convention on the Elimination of All Forms of Discrimination against Women (CEDAW) with no intent to actually implement any of its rules, and part of the Palestinian government in Ramallah denounced the idea of equal rights for women.

And yet we never hear a word from today’s feminists – most of whom are against Israel and support a Palestinian state that would continue its official discrimination against women.