The recent publication of Albert Memmi’s diaries while a Jew still living in Tunis in 1955 – 56 testifies to the consistency with which the famous sociologist and author, now in his late nineties, has condemned Arab decolonisation for oppressing and driving out its Jews. Daniel Gordon reviews Tunisie, An 1 in the Jewish Review of Books (Spring 2018) (with thanks: Paula):

“I continue to think, in spite of frequent hesitations, that I must tell not only the truth but the whole truth. And this will be not only my aesthetic signature . . . but my most important political contribution.” With this diary entry from 1956, the young Tunisian writer Albert Memmi summed up the attitude that has earned him both admiration and enmity over an intellectual career that has spanned more than half a century.

Memmi has defended Third World revolutions while condemning their tyrannical by-products ever since his native country drove out its Jewish population soon after attaining independence. The recently published Tunisie, An I (Tunisia, Year I) is Memmi’s diary from the years 1955 and 1956. This was when Tunisia ceased to be a French protectorate and became, as its new constitution stated, “an Islamic state.” 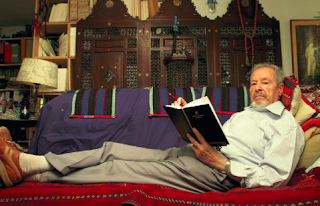 Born in 1920 and still active, Memmi grew up on the border of Hara, the Jewish ghetto of Tunis, and an adjacent Muslim neighborhood. His family spoke Judeo-Arabic at home, but he became a scholarship student at the best French schools. In the early 1950s, he emerged as a prize-winning French novelist, then turned his hand to political theory. In 1957, his most widely read and translated work, The Colonizer and the Colonized, appeared with a preface by Jean-Paul Sartre. Memmi’s book, with its far-reaching conceptions of colonial privilege and racism, was essential reading in radical theory until the 1970s, when he began to fall from grace in leftist circles, partly because of his defense of Israel, partly because of his criticism of the new Muslim nations of North Africa and the Middle East.
The seeds of Memmi’s separation from the left are already evident in some of the diary entries in Tunisie, An I. Guy Dugas, a professor at the Paul Valéry University in Montpellier, is to be congratulated for editing the diary, and for including several articles by Memmi from the 1950s that dealt with the pressure faced by Jews in decolonizing North Africa. In one of these articles, an essay published in 1956, Memmi argued that how a polity treats its Jews is the best index of its level of freedom. “A society that wishes to liberate humankind must naturally liberate its Jews . . . At least in our historical era, the destiny of the Jew is consubstantial with the destiny of man.”