Last week a letter from 22 countries condemning China for its treatment of Uyghur Muslims in the Xinjiang region was published.

Not one of the signatories was a Muslim majority nation.

China then orchestrated a letter from 37 nations supporting its repressive policies. That letter commended China’s efforts in “protecting human and promoting human rights through development,” echoing Chinese propaganda points about its detention  and re-education camps.

Last December, the human rights committee of the OIC  mentioned “disturbing reports” of China’s actions against Muslims in a series of tweets. 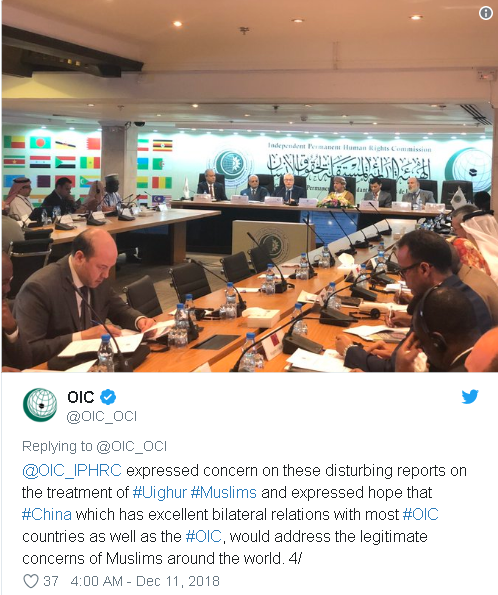 This was the precursor to last week’s sham of a letter supporting China fully in its oppression of Muslims.

Muslim nations love to talk about pride and honor. When they attack Israel in the UN they claim that they are merely defending their fellow Muslims from attacks by others.

This willingness to suck up to China shows that they not only have no pride and no honor, but that they really don’t even care about their fellow Muslims.