One of my colleagues with whom I discuss honor-shame issues is Doyle Quiggle, who in addition to his ability to think about what Daniel Lord Smail calls deep history (governed by honor-shame dynamics), also happens to work on military issues: COIN, Fourth Generation Warfare. He recently sent me the following query, which prompted me a formulation that brings together a number of threads of thought:

What aspects of your research and scholarship would you apply to help us reveal the honor dynamics of Somalia?

The stubborn and irreducible pathology of conflict in Somalia must be accepted as an existential given. Failure to perceive this pathology and its generative sources condemns the analyst and operator to alienation from the primary psychological, social, economic, and security realities of this region.  That blindness will lead to fatal operational consequences, sooner or later. To operate effectively, let alone establish lasting communal stability in any part of this region, we must first see the pathology of conflict in this region for what it is, accept it, no matter how ugly it might be, and then attack its sources. Once exposed, this pathology is immediately seen to require an integrative “oncological” approach to killing both its tumors and its feeder cells.  However, the decisive operational question today is this: Do we continue to pursue a chemotherapeutic tactic (“paint & kill” drone strikes)? Or do we attempt to administer homeopathic remedies? Is the long-term strategy containment or stability?

[For further elaboration framing the problem, see below.]

I’d study the pathologies of honor-shame, i.e. the cases when warrior/stratified, zero-sum, cultures find themselves faced with a more powerful positive-sum culture and after losing repeated zero-sum encounters, instead of adapting, going negative-sum: I’d rather lose more and drag you down in the shit than let you win; I’ll even sacrifice myself/honor/family just to make you miserable.

The classic case of this is the Arab-Israeli conflict where, in response to losing a hard-zero-sum war with Israel, the Arabs were in such denial — recognize Israel? admit defeat? impossible! — that they turned the Arab refugees from their lost war into weapons in a longer war against the Zionist entity. (The original meaning of Nakba/catastrophe was coined by the refugees about what Arab leaders had inflicted on them.)

The Palestinians then became the sacrificial pawn in a war of honor, and the Arab leadership then displayed them to the West (esp Europe) as miserable victims of Zionism. Thus, warriors, already shamed by a loss to a non-warrior people (Jews, no less!), display their own victimization at the hands of these Jews (al y’day Yahud), in an effort to get pity and support from outsiders (Crusaders, no less!). How shameful! How humiliating! How impotent! To be a Palestinian, betrayed by your leaders, paraded before the world as victims, having no real (potential) friend other than your (religious and cultural) enemy!

Shame murders, where washing men’s shame in their woman’s blood, becomes more prominent than washing their women’s shame in the blood of the seducer, suits this impotent rage and virtually defines the pathology.

This condition of impotent rage brought about among Palestinian males brings on a kind of schizoid split between the tribal and the religious warrior codes. Both are deeply wounded. But the tribal wants to rebound, to regain some sense of honor in the present. Further self-abasement is precisely not what they want.

But others thought differently: Arab leaders, the most humiliated, flipped into a state of denial. They had not lost, it was just a battle in a long-war of honor. Their politics aligned perfectly with the religious triumphalism whereby Jews must be dhimmi in Dar al Islam. Their stance, while denying the humiliation, prolongs it, leaves the alpha male Arab Muslim in a state of enduring shame, from which he cannot escape in the present.

The terrible cognitive dissonance involved in living in this state of imposed humiliation, in the sacrificial service of a long-term (cosmic) goal, must be extremely painful. So far, not too many Palestinians like Francis of Assissi have appeared, and way too many suicide terrorists (despite the “innovations” in Islamic principles). The enduringly humiliated warrior who feels he must show strength to regain honor no matter what the cost joins Jihad.

The “progressive” West, in mistaking the second Intifada for a “war of liberation” and cheering on the inauguration of suicide terror as a principle Jihadi weapon and strategy, as long as it targeted Israelis, contributed immensely to the power of this response (and the unconscionable delay of the West in figuring out what was going on). 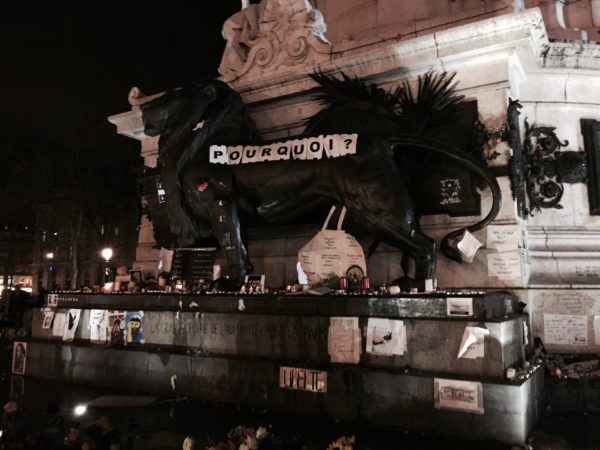 Writ larger, the Arab-Israeli conflict is a specific and highly toxic case of a broader Muslim-infidel conflict. Modern Westerners (i.e., [post-]Christians who have gone beyond the primary honor code) pose an impossible dilemma to Islam and believing Muslims. Islam is the last, the most openly imperial, and the most supersessionist of all the religious monotheisms. Triumphalist Muslims cannot bear to face defeat at the hands of the very faiths that they believe they have superseded and displaced. It disrupts their cosmic destiny.

Caliphaters are the 21st cn response to this dilemma, and they can manifest themselves in a wide variety of forms from the most brutal (ISIS Caliphate, Somalia if i understand you), to the most sophisticated (Da’is in the West). The Caliphater conviction that this generation will see the advent of the global caliphate, like the early 20th century Arab belief in “nationalism,” offers hope to those who must endure this schizoid split at the hands of the West.

The local homeopathy needs to be a new (restored) primary honor code whereby the community can regulate its members and manage its literal and metaphorical testosterone. Rather than shoot for an extremely demanding “modern” secondary or tertiary code, this should have (as should all stable honor codes), a healthy respect for the hard-wiring of humans, for the primary codes that have governed over a hundred millennia of human life on the planet, a respect these communities have in far greater measure than we martians from the first world. Local morality is about what the community forbids and punishes through honor codes.

Can these people, lives shattered by war, do something like that? How that happens? What combination of their own initiative (has to be big), and our intervention (has to be light) will work for the creation of a new primary honor code to come about? Can the new honor-code emit memes that spread? Who knows? But I would venture to guess that some of the more powerful elements of apocalyptic millennialism would come into play quite a bit. It follows the pattern laid out by Anthony Wallace in his discussion of revitalization movements.

I’m not sure how much that answers your questions or is just a free association off of them. It does, however, bringing together the issues of Palestinian identity, shame murders, suicide bombing, supersessionist religiosity, primary honor-codes, and jihadi melt-downs from Afganistan to Somalia.

This form of therapy is responsive to the parameters of 4GW.

We must be mindful of the catastrophe that German trainers, who disregarded expert warnings, experienced in 2009 when they trained 1,000 Somali police forces, equipped them with weapons, uniforms, state-of-the-art CT techniques, and then discovered, too late, that all 1,000 trainees joined Al Shabab upon returning to Somalia. German mistakes are instructive. They trained Somalis on Ethiopian soil. They employed training techniques designed during the Balkan wars for a specifically “post-magical” European worldview. They vetted trainees upon the advice of un-tested local informants. Worst of all, they trained Somalis non-emically, completely outside of all key frames of reference of the trainees. Germans essentially trained Somalis within a moral vacuum.  Nature abhors a vacuum, and AS were quick to fill it.

Subsequent efforts by other European partners to train Somali police and defense forces have similarly failed to understand that, in this region, moral authority is the gateway both to individual and to communal stability.

While the three classic levels of war carry over into the Fourth Generation, they are joined there by three new levels which may ultimately be more important. Colonel Boyd identified these three new levels as the physical, the mental, and the moral levels. Furthermore, he argued that the physical level – killing people and breaking things – is the least  powerful, the moral level is the most powerful, and the mental level lies between the other two. Colonel Boyd argued that this is especially true in guerrilla warfare, which is more closely related to Fourth Generation war than is formal warfare between state militaries. The history of guerrilla warfare, from the Spanish guerrilla war against Napoleon through Israel’s experience in southern Lebanon, supports Colonel Boyd’s observation. This leads to the central dilemma of Fourth Generation war: what works for you on the physical (and sometimes mental) level often works against you at the moral level. It is therefore very easy to win all the tactical engagements in a Fourth Generation conflict yet still lose the war. To the degree you win at the physical level by utilizing firepower that  causes casualties and property damage to the local population, every physical victory may move you closer to moral defeat, and the moral level is decisive.

Too much important to know.