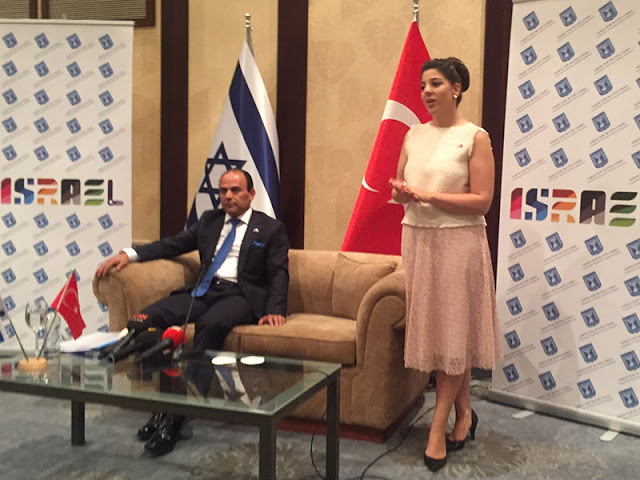 Israel’s 69th Independence Day was celebrated with a reception and award ceremony held by the Consulate-General of Israel in Istanbul. Speaking at the reception at the Hilton Bosphorus Convention Center, Israeli Consul General Shai Cohen pointed to the rapid development of Turkey-Israel relations after the normalization treaty. Stating that they are in serious cooperation in bilateral trade, as well as bilateral developments in art, culture and academia, Cohen stated that the relations between the two countries are increasing and that efforts are being made to move to higher levels. At a ceremony where Israeli Ambassador to Ankara Eitan Na’eh was present, he stated that the situation of the Syrian refugees deeply affected the Israelis coming from a refugee community. The Consul General, in Istanbul for the benefit of Syrian children,

In the framework of the arranged reception, the institutions and persons contributing to the development of the relations between the two countries were also rewarded. Within this scope, Turkish companies including Turkish Airlines, Koç, Zorlu, and Bank Hapoalim, and Israeli firms including Netafim were awarded for their contributions to the bilateral relations.

There is clearly no love between Turkey’s leader and the State of Israel. Erdogan made a speech last week attacking any Jews who visit the holiest site in Judaism and Israel responded sharply.

I don’t know how large this gathering was. But as far as I can tell, this event in a major hotel in Istanbul didn’t have something that you would find in nearly any similar Zionist gathering in Western Europe or the US: