The Arab narrative is that Jews came to Palestine and took their livelihoods. But this news article from The Palestine Bulletin from exactly 90 years ago shows that the Jewish labor leaders did everything they could to aid Arab workers, to the praise of international unions. 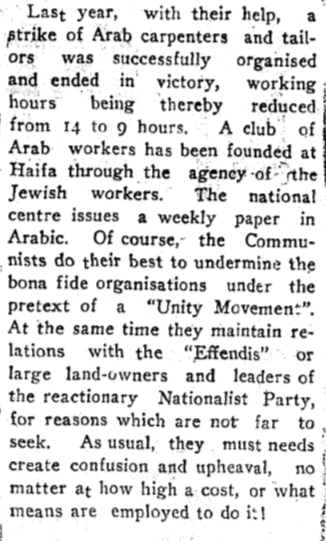 When the article says that most of the Arabs in the transport sector are “not residents in the places they work” it is referring to the tens of thousands of Arabs, mostly from Syria and Lebanon, who worked in British Mandate Palestine (often seasonally) because the economy was booming there, and they sent money back home.
You know what those people are called nowadays? “Palestinians.”