There is no room for pro-Israel Mizrahi ‘Jews of colour’ in the Ashkenazi leftist purview. ‘When these same elitists fight for the rights of people of Arab descent, it’s only for the Palestinians; if they find out that you are Jewish, you just don’t matter,’ writes Hen Mazzig, an Israeli Jew of Berber and Iraqi descent in this hard-hitting article in The Forward (with thanks: Michelle) 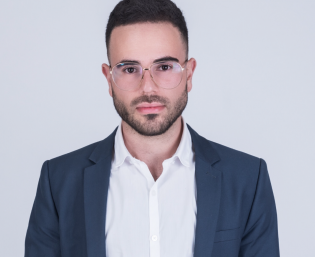 Being gay, Mizrachi, and pro-Israel means being politically homeless.

It’s amazing that American Jewish leaders of the left participate in smearing me as a “hasbaraist” while out of the other side of their mouths extolling the virtues of intersectionality. Many American Jewish liberals would like me to criticize Israel more, because that is what a “good progressive” does: bash Israel.

But my style is different. Going through the challenges life has thrown my way, from growing up in a family living paycheck to paycheck to having grandparents who barely spoke Hebrew to being part of a society in which my background was not celebrated (to put it mildly), all of this gave me a certain perspective on life.
There was even racism in my school and in my community. It was the racism of Ashkenazi elitists who believed that they are the better stream of Jews, superior to the African and Middle Eastern Mizrahi Jews.

Today in Israel, this type of racism is not as prominent as it was in the past. Nevertheless, it is still very much alive in the Israeli Ashkenazi Left — and yes, their American counterparts.

And it’s this racism that I hear echoing in the smears against me from the left. When these leftists call me a “hasbarist,” their accusations emulate the stereotypical Ashkenazi elitism that does not accept the self-determination of Mizrahim.

This racism is rooted in the ideology of white supremacy that we don’t discuss, wherein many elitists believe that Mizrahi Jews should just stay where they are socially and economically. When these same elitists fight for the rights of people of Arab descent, it’s only for the Palestinians; if they find out that you are Jewish, you just don’t matter. They pick who they care about based on their race and ethnicity.

Examples of this elitism abound, like just last week, when the senior communications advisor of a large progressive non-profit told me that I should stop using my “POC (Person of Color) posturing” because I have designer glasses. She called me a “well-off Tel Avivian.”

Indeed, I have designer glasses, that I bought for myself with money I worked hard to save. I do live in Tel Aviv (with a roommate) in a rented apartment and I hope that one day I will be able to save enough money to buy my own place (probably not in Tel Aviv as prices are insane). But all of this is beside the point. Can you imagine a left wing American Jewish leader telling a Black person to stop their “POC posturing”? Can you imagine her telling a Palestinian with a good job to stop the pity party? Why, then, is it acceptable for a leader in the American Jewish left to say this about a Jewish POC?