We have pointed out before the major reason behind today’s Arab denial of Jewish peoplehood: that if they recognize Jews as a people and not merely members of a religion, then Jews have rights to the homeland of their ancestors. Since the Arabs claim the same land and their claim is far more recent, they must deny Jewish peoplehood – which is a clear manifestation of antisemitism.

In the words of the current editor of Ma’an News, “If we say that the Jews are a people, then there is no place for the Palestinian people on the land of Palestine.” 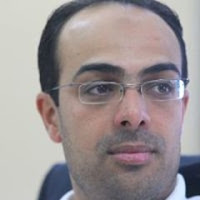 In a piece in Arabi21,  writer Rami al-Jundi shows that this logic scares Arabs in other ways. In an effort to discredit the Saudi Crown Prince Salman’s seeming recognition of a Jewish people and their rights to a state, he notes that if that is true, then there is a “Jewish right to return to Bani Qinqaa Al-Nadeer and Khaybar” in Saudi Arabia.

Al-Jundi moans that “his declaration is a clear and unequivocal political recognition of the right of the Jews in a state in the occupied Palestinian territories, which is contrary to what Arab leaders have done over the past years. “

I am not aware of any Jews clamoring to return to Khaybar, the site that Arab antisemites like to remind us was a place that Mohammed massacred Jews. But the logic isn’t that Jews aren’t a people, but that if Arabs recognize them to be what they actually are then their own political positions are compromised, so better to push out a fiction of Jews not being a people.

This fear of Jews demanding a right to “return” to their old cities in Arab lands might make interesting leverage in other contexts, though!