ArtScroll is not generally considered to be a Zionist publisher.

They are known for their English translations of Jewish classic texts into English.
Their editions of siddurim are used all over.
The ArtScroll edition of the Talmud is indispensable.

But while their love of the people of Israel and the Land of Israel is clear, no one would consider ArtScroll to be in the forefront of Israel hasbara.

So it is striking how their Stone edition of the Chumash handles the verse in Genesis 40:15. After Joseph explains to Pharaoh’s butler the meaning of his dream and asks the butler to mention him to Pharaoh, Joseph says:

For indeed I was stolen away out of the land of the Hebrews: and here also have I done nothing that they should put me into the dungeon. [King James Version]

The ArtScroll Chumash explains what “land of the Hebrews” Joseph is referring to and why:

Not only is Joseph a “Hebrew” — more than that, quoting the Ramban, Joseph comes from a territory, Hebron, where his family and his forefathers have lived for generations and to which Jews were closely associated. Hebron was not recognized by the Canaanites as a separate country, but it was their land where the Hebrews settled and lived. 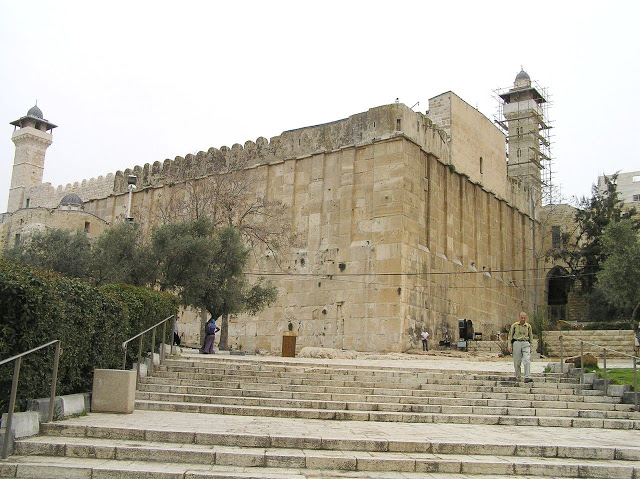 And generations later, the Jews will leave Egypt and return to reconquer that land to which they have that connection.

Going a step further, the explanation of the ArtScroll Chumash is echoed by S. D. Goitein in his book Jews and Arabs. Goitein, an ethnographer, historian and Arabist, notes the Jewish presence in Bethel, Hebron and Beersheba and writes:

Israel’s sojourn in the desert is described everywhere in the Bible as a short interval between prolonged residence in Egypt and the conquest (or reconquest) of Canaan… (p. 26. Parentheses are Goitein’s; emphasis added)

The Jews were not just leaving Egypt to come to a promised land, but returning to a land where they already had roots.

Goitein examines the roots of the Jewish tie to the land and traces the basic migration based on the Book of Genesis. Abraham is described not only as the father of Isaac and Ishmael but also of Midian and others who were sent eastward while Abraham migrated with his family from Mesopotamia to Canaan — and Hebron. Lot and Esau moved on to farmland to the east and south of Canaan, while Ishmael-tribes traveled into the Arabian Peninsula.

We have, of course, no means whatsoever of determining the historical facts of this population movement. However, no other migrations would be compatible with the tradition preserved in the Bible; and they may well account for the astounding affinities between Israel and the Arabs, which are an indubitable fact.

But Goitein was writing this in 1955.
Today there is support for the unique migration of Jews from Mesopotamia to Canaan.

In their article, The Gene Wars, discussing the genetic basis for comparing Israeli Jews with Palestinian Arabs, Diana Muir Appelbaum and Paul S. Appelbaum note a 2001 study, The Y Chromosome Pool of Jews as Part of the Genetic Landscape of the Middle East, a study that compared together:

The Muirs write that the results of the genetic testing not only echoes the movements of the Jews described in the Torah, it also points to Palestinian Arabs as relative newcomers to the land, coming from Arabia:

Although all of the Middle Eastern populations bore some similarities to each other (a fairly robust finding confirmed in other works), “Jews were found to be more closely related to groups in the north of the Fertile Crescent (Kurds, Turks, and Armenians) than to their Arab neighbors.” For some, this will evoke the biblical account of Abraham’s origins in Ur of the Chaldees, and raise the possibility that the story contains echoes of an ancient population movement. Alternatively, Jews, Kurds, Armenians, and Anatolian Turks may all carry the genetic markers of ancient indigenous populations of the Fertile Crescent, while Palestinian Arabs and Bedouin may largely descend from the Arab conquerors, with their distinctive genetic signifiers. All these hypotheses are highly tentative until confirmed or disproved by further genetic data. [emphasis added]

The actual report itself also points out the commonality between Ashkenazic and Sephardic — and Kurdish — Jews:

It is believed that the majority of contemporary Jews descended from the ancient Israelites that had lived in the historic land of Israel until ?2000 years ago. Many of the Jewish diaspora communities were separated from each other for hundreds of years. Therefore, some divergence due to genetic drift and/or admixture could be expected. However, although Ashkenazi Jews were found to differ slightly from Sephardic and Kurdish Jews, it is noteworthy that there is, overall, a high degree of genetic affinity among the three Jewish communities. [emphasis added]

Similarly, despite genetic similarities between Jews and Palestinian Arabs, the differences support Goiteins outline of the migration:

In a report published elsewhere, we recently showed that Jews and Palestinian Arabs share a large portion of their Y chromosomes, suggesting a common ancestry (Nebel et al. 2000). Surprisingly, in the present study, Jews were found to be even closer to populations in the northern part of the Middle East than to several Arab populations...These findings are consistent with known cultural links that existed among populations in the Fertile Crescent in early history. [emphasis added]

As for the Palestinian Arabs themselves — what does the genetic testing indicate?

Palestinian Arabs and Bedouin differed from the other Middle Eastern populations studied here, mainly in specific high-frequency Eu 10 haplotypes not found in the non-Arab groups. These chromosomes might have been introduced through migrations from the Arabian Peninsula during the last two millennia. [emphasis added]

Besides the genetic evidence against the claim that Palestinian Arabs are descended from Canaanites, there is the curious fact that as Erich and Jean Isaac note in “Whose Palestine?“:

Ironically, the only surviving “Canaanite” culture is that of the Jews, who everywhere still pray, and in Israel also speak, in a Canaanite language.

As for the Arabs, they are no more indigenous to “Palestine” than they are to the other countries they invaded – as listed by Bernard Lewis in “What Went Wrong” (p.4ff):

An honest approach to addressing the conflict could start by admitting the long history of Arab colonization.

But at a time that the media cannot even admit in its headlines that Palestinian Arabs are killing Jews — what are the chances of that happening?