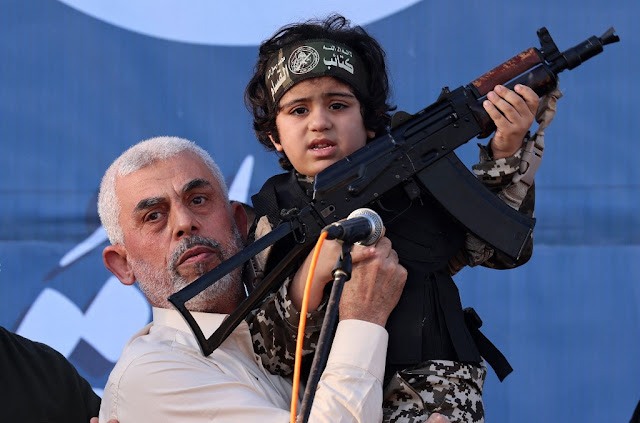 UK Home Secretary Priti Patel is set to declare all of Hamas as a terrorist organisation, not just the “military wing.”
In a planned speech, Patel will say, “Hamas has significant terrorist capability, including access to extensive and sophisticated weaponry, as well as terrorist training facilities, and it has long been involved in significant terrorist violence. But the current listing of Hamas creates an artificial distinction between various parts of the organisation – it is right that the listing is updated to reflect this.
“This is an important step, especially for the Jewish community. Hamas is fundamentally and rabidly antisemitic.
“Antisemitism is an enduring evil which I will never tolerate. Jewish people routinely feel unsafe – at school, in the streets, when they worship, in their homes, and online.
“This step will strengthen the case against anyone who waves a Hamas flag in the United Kingdom, an act that is bound to make Jewish people feel unsafe.
“Anyone who supports or invites support for a proscribed organisation is breaking the law. That now includes Hamas in whatever form it takes.”
Hamas’ reaction to this proves that she is right.
Hamas announced that this decision to ban the organization is in support of the aggressors at the expense of the victims. In a statement, it said,

Unfortunately, the UK continues with its aggression against the Palestinian people. The UK government should have apologised for its historic sin against the Palestinian people in the shameless Balfour Declaration and the British mandate that handed Palestine to the Israeli occupation. Now, the UK government sides with the aggressor against the victim.
We believe that resisting the Israeli occupation with all means possible, including armed resistance, is a guaranteed right for peoples under occupation as per international law.

Meaning, targeting and killing Israeli and Zionist Jews is a right, not an act of terror.
Hamas itself didn’t try to make a distinction between its armed wing and military wing in its statement. The statement defending terror was issued by its political organization, not the Qassam Brigades. It is the political organization that is energetically defending terror, proving Patel’s statement to be entirely correct.
Australia, New Zealand and Paraguay still make this artificial distinction between Hamas’ military and political wings. They should look closely at Hamas’ statement and follow the British lead.