Yesterday I reported that the Waqf said that Israel intended to brainwash its young students into believing that the Temples in Jerusalem ever existed. 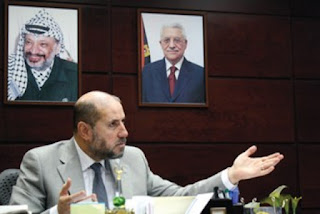 Mahmoud al-Habbash, a senior advisor to Palestinian president Mahmoud Abbas who is also the top sharia judge for the Palestinian Authority, went even further.

Al-Habbash issued a press statement where he said that “the occupying state practices all tricks and fabrications and uses lies and falsification of facts to try to prove any connection between the Jews in the blessed Al-Aqsa Mosque [meaning the Temple Mount], in preparation for imposing Israeli control over the mosque within the circles of Judaizing the holy city. “
Denying the Temple is antisemitism, just as is denying any part of Jewish history, denying that Jerusalem is holy to Jews, or denying that today’s Jews are descended from the Jews of the Torah.
As far as I can tell, the first person to even imply that there was no Jewish connection to the Temple Mount was the antisemitic Mufti of Jerusalem. Giving his statement of the Committee for the Defense of Al-Buraq Al-Sharif at the Islamic Conference held in Jerusalem in 1928, he talked about Jews as “these greedy people” and said, “Jews have long been aiming for a terrible goal, which is to extract the Al-Aqsa Mosque from the hands of the Muslims, even though they did not claim it is the “Temple” before [under Ottoman rule] because the Holy Land was guarded by the Muslims themselves.”
Anti-Zionism has always been antisemitism.