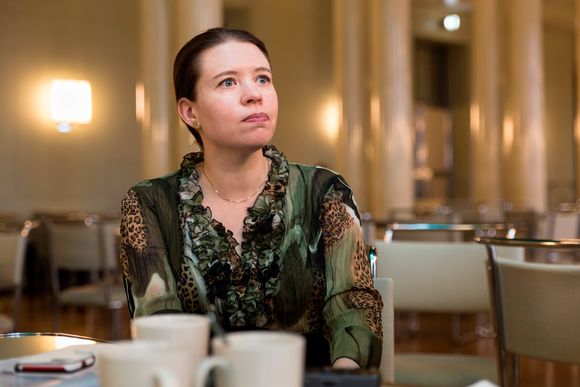 Left Alliance MP held in Israel over arms trade criticism
The MP said she resisted pressure to sign documents in Hebrew about her alleged offences.

Kontula was a member of an international group of activists on the Gaza border, as they attempted to organise a demonstration to draw attention to the situation in Gaza, Kontula said in a statement.

She said that the background to the protest action was the arms trade between Finland and Israeli companies, which Kontula said must be stopped. Kontula said that Finland’s arms exports to Israel promote continued Israeli occupation and military activities in the region.

“Last autumn we received a great deal of information that led us to anticipate that the arms trade between Finland and Israel is growing and not declining as should be the case with a violator of international law,” she declared.

Kontula told Yle that she had been detained for more than 10 hours until Monday evening. The Left Alliance MP said that for the most part, she had been treated well during her detention.

“Attempts were made to pressure me into signing a document in Hebrew, in which I would have acknowledged various suspicions, such as endangering security, in addition to other suspected crimes,” Kontula said.

She added that she did not sign the document. Kontula is expected to return to Finland on Tuesday.

One gets the impression that Israel arrested Kontula merely for being part of a peaceful demonstration on the border, and that she was pressured to sign a document where she would admit a baseless claim that she was endangering security.

Practically all the Finnish coverage of the incident is similar. But one outlet, Ilta-Sanomat, adds a crucial detail:

Kontula intended to cut a hole in the Gaza fence to allow Hamas members to freely come into Israel.

The purpose of the activist group was to challenge the blockade by cutting a hole in the barbed wire. However, the police stopped Kontula’s entourage in a roadblock and the group was taken to the police station.

Isn’t that the definition of endangering security?

The media is, as always, part of the problem.