Ma’an reports that  the Fatah Youth Movement has decided that all Palestinian universities should cut all ties to American programs, paid for by USAID, claiming that this is a “Palestinian national decision.’

According to the article, Al Quds Open University has announced that they will cut all forms of academic cooperation with the US.

Fatah posted a video showing a student taking down what is claimed to be a display from USAID at Al Quds University in Tulkarem. 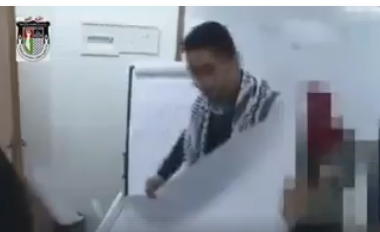 The Palestinian strategy seems to be a full court press to isolate the US on this issue the way the Arabs have tried to isolate Israel over the decades. They seem to believe that with Trump in office, the EU will side with them against the US, which is what the UNSC draft resolution by Egypt was about yesterday, which is likely to be followed by a similar symbolic UN General Assembly resolution in the coming days that the US cannot veto.

The question is whether other Western countries will go along with this strategy. The UNSC resolution indicates that, regrettably, they will – publicly siding with the Palestinians no matter what.

They seem to forget that the US funds the bulk of the UN budget, as well as being the biggest source of the Palestinian budget.